“One who prevails against his opponent is superior to one who strikes down his opponent.” Lord Ienao

The founder of Katori Shinto ryu was born in 1387 during the Muromachi period (1392-1573) in the village of Iizasa. This lies in Shimousa domain present-day Takomachi, Katori County. During his upbringing he began training in the arts of sword and spear at an early age. He served the lord of Chiba castle, Chiba Tanenao. Ienao’s reputation in martial skills was well known. He was never defeated in the many battles he was part of. Later he served Shogun Ashikaga Yoshimasa after which he returned to his home in Shimousa. 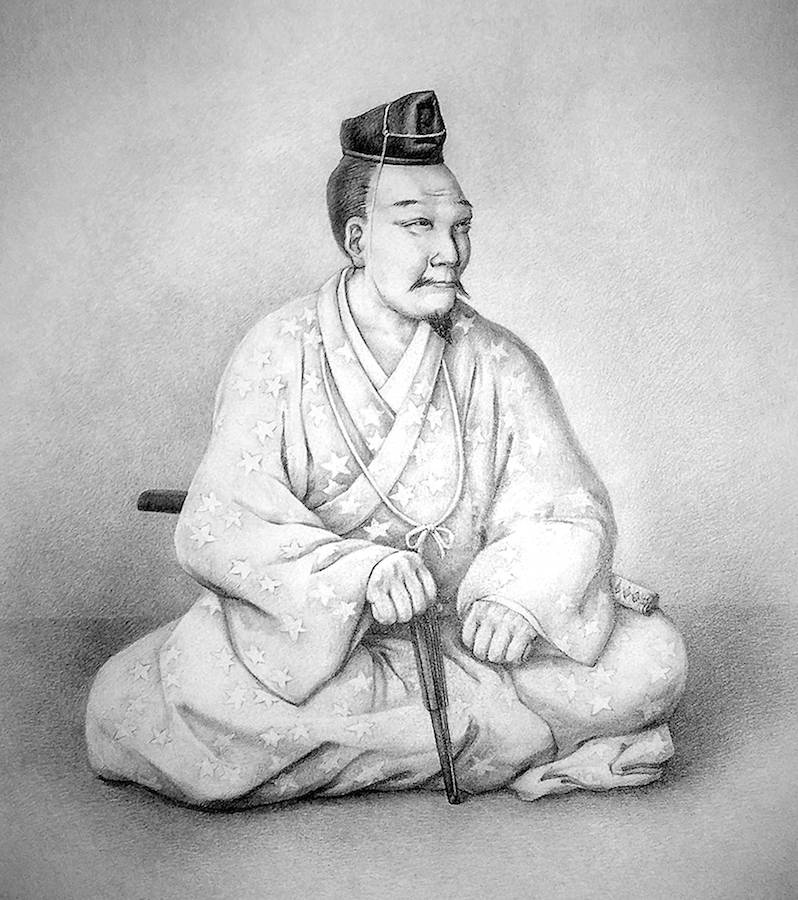 Like many other martial people he visited the Katori shrine. This Shinto Shrine lies in Chiba Prefecture. Up until the end of the Second World War, it enjoyed a considerable martial reputation. The name of the Shrine’s deity includes the sound of a sword cleaving the air – ‘futsu’. After the Second World War visitors of the Shrine became less numerous. One day Ienao witnessed how one of his attendants washed a horse. The man used water from the sacred well on the grounds of Katori Shrine. Suddenly the horse died a mysterious and painful death. This event convinced Ienao of the enormous might of the God Futsunushi-no-Okami. 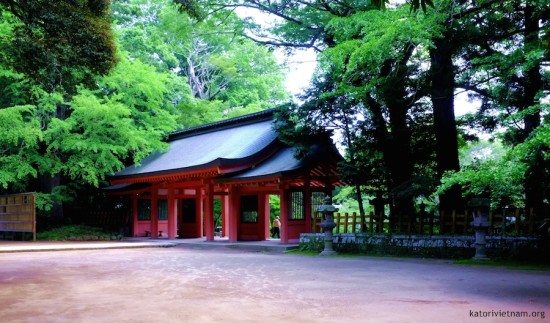 It may have inspired his decision to embark on a spiritual journey at the age of sixty. At that time he took the name Chōisai. For a period he lived almost like a hermit and prayed one thousand days and nights to Futsunushi-no-Okami. At the same time he purified himself through fasting, ablutions and shugyo, intense martial arts training.

One night Futsunushi-no-Okami, appeared to him in the form of a small boy atop an old Japanese Plum tree. The boy declared: “Thou shalt be the master of all the swordsmen under the sun.” He presented him with a divine scroll on the warrior arts. This is why Iizasa Ienao is considered the founder Katori Shinto ryu. The founder of Katori Shinto ryu named the martial art Tenshin Shoden Katori Shinto ryu the “direct and authentic transmission from the deities” in honour of the Shrine.

Ienao passed away in 1488 at the age of 102. Iizasa’s martial art is transmitted through his own family and Otake Risuke Shihan up until today. Otake Risuke stresses that the founder left a legacy. It consists not only of techniques and knowledge that were the results of his shugyo, but also of twenty generations of descendants. True shugyo is first recognized after one has a family. After one prays for the future righteous prosperity of one’s descendants. After one is able to live safely and fearlessly, fulfilling one-self as a human being. In turn, harmonious families such as these join together to form the foundation of a solid nation. That is how we achieve the true purpose of shugyo.