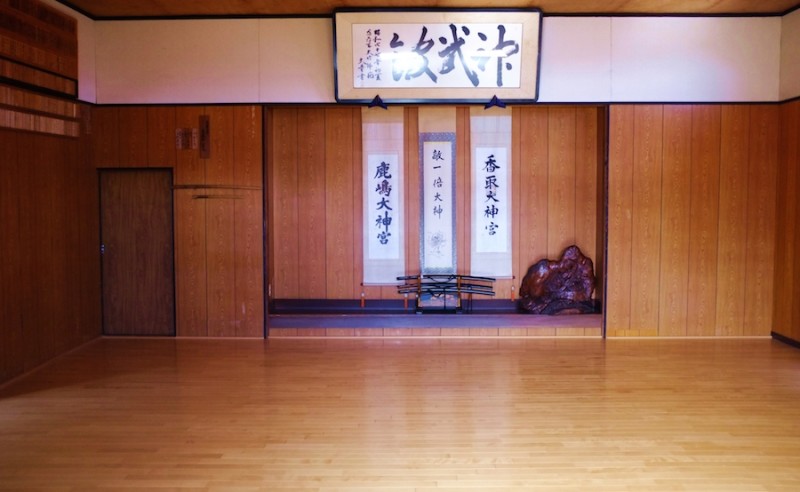 Where to Learn Martial Arts in Vietnam like Kenjutsu?

Where to learn martial arts in Vietnam is one of the first things many of our students asked themselves. These days in Vietnam and other countries in the world we see more and more places teaching martial arts such as kenjutsu. People make the dojo, not the building. Like in many other things in life: people and the relations between people are of the greatest importance. Although you need a location to practice, martial arts can be practiced anywhere: on the street, in a park, the beach or in a sports- or dance club or a dojo. A dojo (道場) is a Japanese term which literally means “place of the way”. Ideally you will train in a place where you do not bother other people and where you have the room to practice safely. Other facilities such as showers, toilets and wifi are convenient of course. But they are of minor importance when it comes to your martial development. The most beautiful dojo in the world will not be able to host any classes if people do not want to be there. 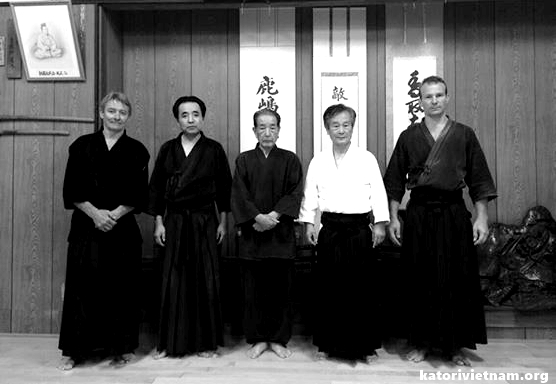 Where to Learn Martial Arts in Vietnam: The Sensei, the role of the teacher

You may have asked where to train martial arts, but you might want to ask: who do I want to train under and with? The word sensei is made up of the characters Sen and Sei meaning: “Before” and “Life” respectively. He or she who has lived before. We have to look for someone who has a Life’s lead over us. Who has travelled the road we are just about to depart on. Optimally it is someone who continuously strives to better himself both technically and spiritually. He needs to instil technical aspects of a particular tradition. More importantly he should possess and transfer values which strengthen the relations within the dojo and within the martial tradition in general across national borders. What are these values? 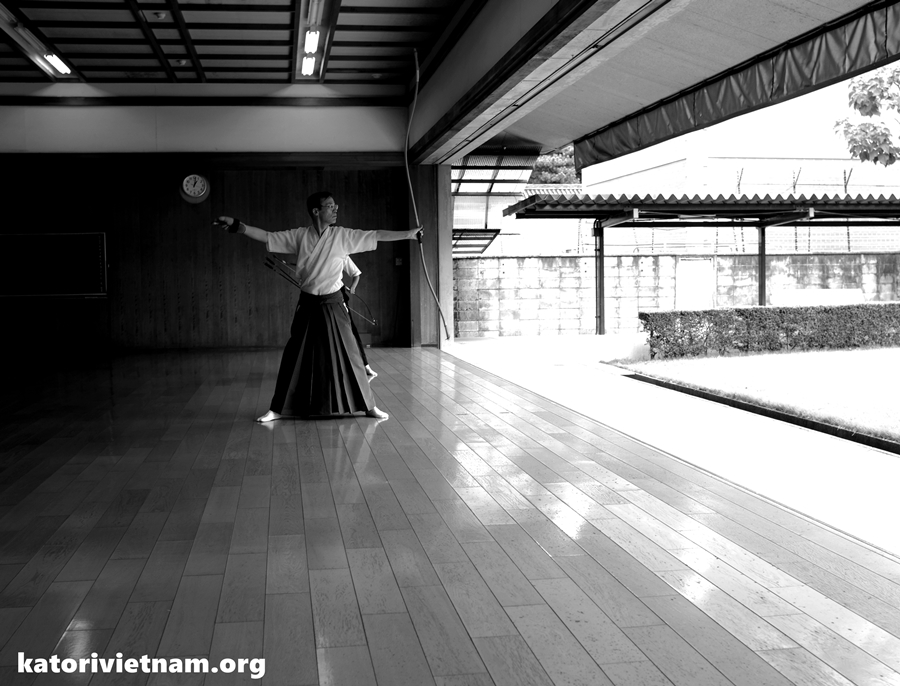 Zanshin in Kyudo dojo in Kyoto

Where to Learn Martial Arts in Vietnam: Gojo, the Five Conditions

The Gojo is a set of human qualities. Living along these five conditions will bring out nobler traits in us all. They are: Nin or Jin (Benevolence, Human Warmth), Gi (Justice), Rei (Etiquette), Chi (Knowledge) and Shin (Trust). These values are interdependent and balance each other. For example, someone has great Chi, knowledge of something but lacks Nin. The application of the knowledge without compassion may be limited severely or even used to harm others. More concretely another example: We may want to become experts in a foreign language. But we cannot even retain relations with people using our own language because we lack personal warmth towards others. How will this foreign language bring foreign people to want to interact with you if you have no human skills or warmth? If we have no Nin but are very knowledgeable in martial arts, we could even end up hurting others instead of nurturing them. However if we have both, Chi and Nin your knowledge will be able to reach an unlimited number of people as they will be drawn to your knowledge and human skills or warmth. 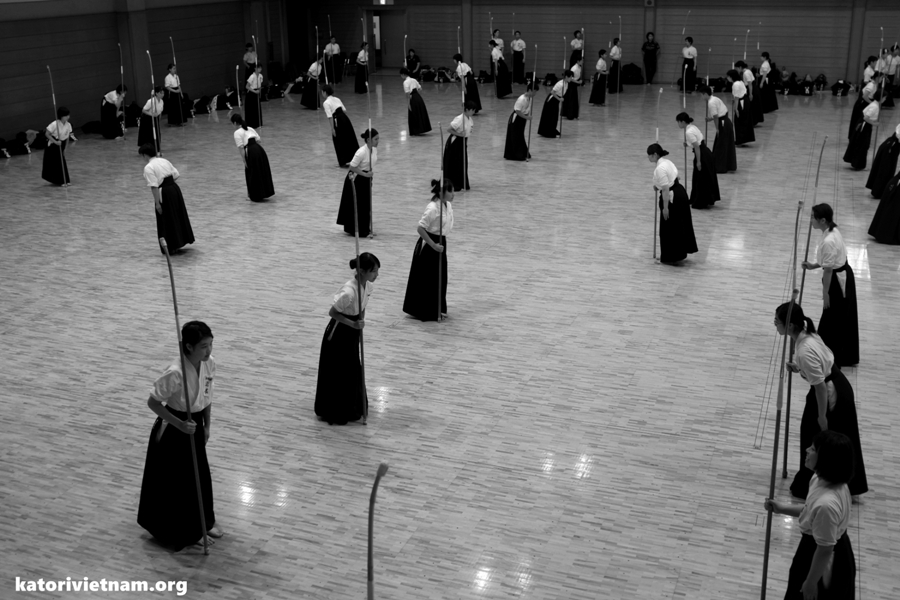 Proper etiquette should diminish feelings of arrogance and vanity

Where to Learn Martial Arts in Vietnam: the Students

You can use the Gojo when entering a dojo and trying to establish if this is the place you want to train. Are people welcoming in their communication with you? Beginners, advanced students and the teacher should all be open and kind when welcoming visitors. Do the dojo regulations seem fair to you? How do the students behave in the dojo towards each other? Do they adhere to the etiquette to express their respect and consideration towards each other? How do advanced students treat beginners: kindly or arrogantly? Does the dojo work with knowledgeable people? Does the sensei know how to explain his teachings reasonably? Is there only one sensei or do several sensei teach at this dojo?Does the dojo  invite other sensei to teach at its seminars? Does the teacher still pursue his martial arts studies or does he think “he has arrived” and just teaches students? Do you feel you can trust this group of people to train with you safely? Would you entrust them with your child to train there? 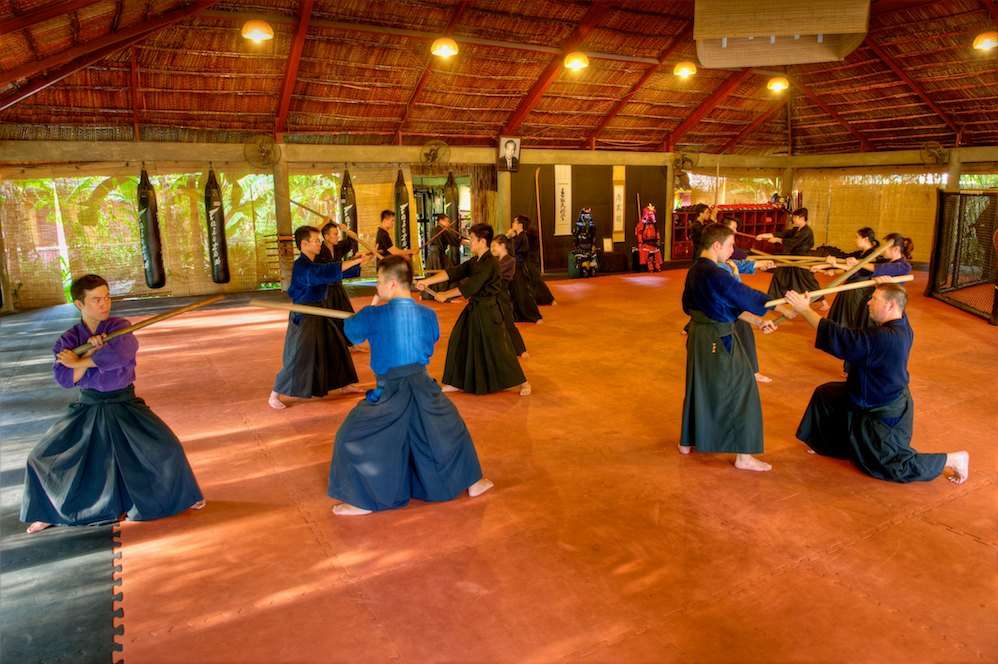 Who to train Martial Arts With

As you may have seen, we at Shobukan dojo Vietnam emphasize certain values. We do so for a reason. Otake Risuke Shihan of Tenshin Shoden Katori Shinto ryu stresses that: “Martial arts without etiquette is only pure violence.” With it our sensei suggests that we need “checks and balances” to ensure the right state of mind when applying the arts of the tradition. Training something as traditional as Katori Shinto ryu in this day and age for self defense purposes may seem not as useful as just buying a gun or learning MMA skills. 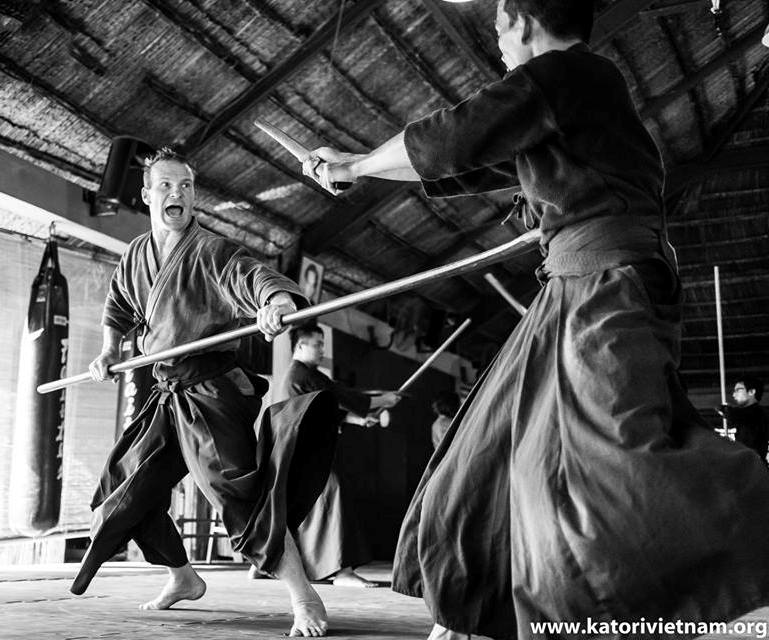 We need to see that self defense is a state of mind. It is an attitude requiring no use of violence. Again it is the interdependence of the Gojo that will help us understand. To quote Krieger sensei:

“What is the use of acquiring excellent technique if one has a scornful, volatile and violent character which inevitably creates conflict? The attitude nurtured by all Kobudo is one of knowing one’s place, of respecting others in a natural way – not on the basis of title and position – and of practicing tolerance whilst, at the same time, subscribing to rigorous personal discipline. This attitude, which breeds a certain serenity and a balanced character, seldom leads to open conflict.”

In conclusion, the question: Where to Learn Martial Arts in Vietnam? is hardly as important as whom you choose to train with.