This art is one of the oldest Japanese martial arts founded in 1447. It is an intangible cultural asset and is an officially recognised ryu of the Nihon Kobudo Shinkokai (Classical Martial Arts Promotion Association). It has been the source for and has influenced the development of many other arts and sports such as kendo, iaido, jujutsu and aikido. Please visit the Japanese Official Website here. 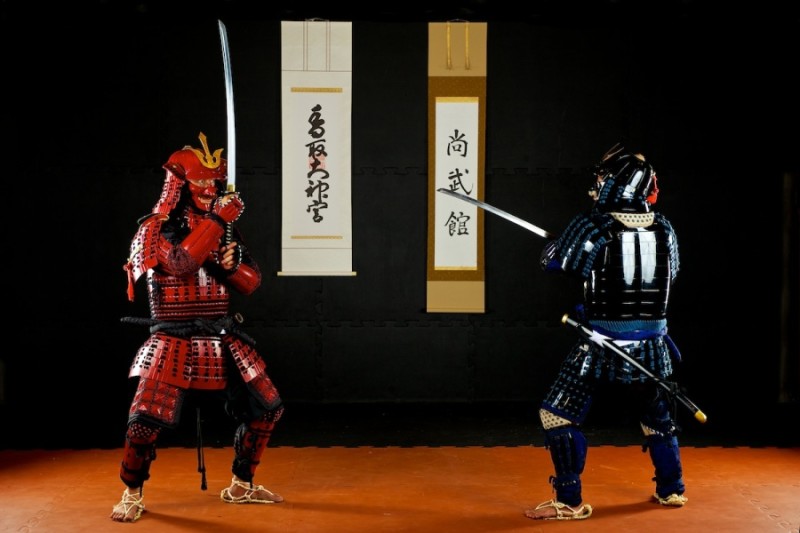 The word ryu, if we examine the written Japanese character, signifies the action of water that is dashed up against something resistant. Other ideas in this character are the flow of water; the maintenance of that flow; the descendants of persons of either blood or non-blood relationship; act of handing something down as an heirloom to posterity. It also carries the connotation of dignity and prestige and a classification or a ranking system, non-democratic hierarchy. The ryu is an organized body dedicated to the perpetuation of some kind of skill. Not all ryu are martial, but Katori Shinto ryu is a martial tradition. It is an hereditary organization (Donn F. Draeger, lecture notes 1978).

There is no clear-cut English translation for the word ryu or koryu, but here we interpret it as a martial tradition. It is an organization made up of individuals who pass on the tradition to future generations. Such groups may belong to a family bound by blood. If they are not family, the skills are passed on from one headmaster to the next. Today 20th generation hereditary headmaster is Iizasa Yasusada Soke and he resides next to hombu dojo. He guides the tradition of Tenshin Shoden Katori Shinto Ryu. Otake Risuke sensei appointed Otake Nobutoshi Shihan for its instruction both domestically at Shinbukan dojo and internationally of the ryu as a form of classical Japanese warrior culture unique to the Katori region. The teachings of the tradition were designated an Intangible Cultural Asset of Chiba Prefecture in April of 1960, making Katori Shinto Ryu the first martial art to be granted this designation by the Japanese government. In addition, the Iizasa family dojo, estimated to be over three hundred years old, has also been designated a Cultural Asset of Katori City, Chiba Prefecture. 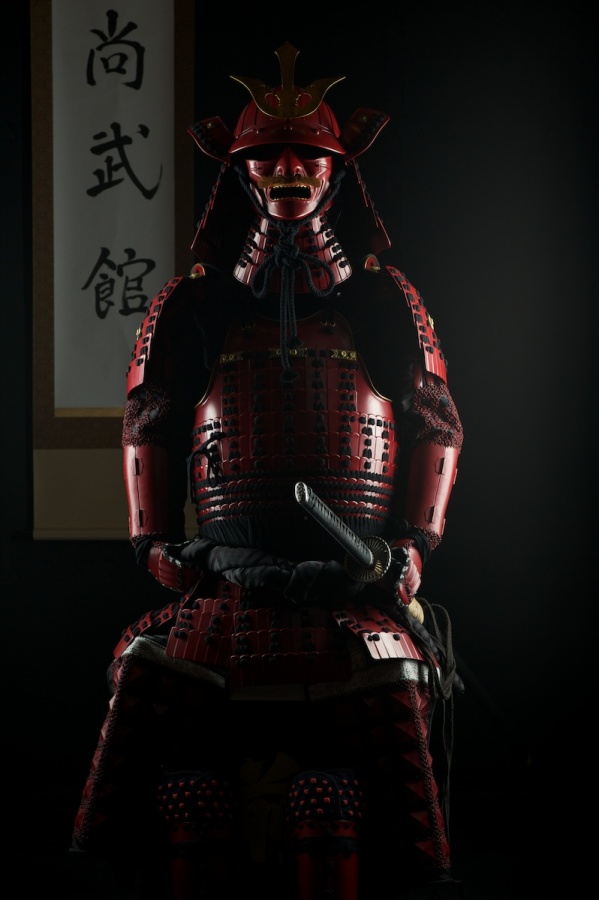 Yoroi are part of our martial tradition.

In a ryu the characteristics of the ryu are of more importance than the individual personalities of the practitioners who are part of the ryu. Just like in an army the ryu presents itself as a homogenous unit and it has its own regulations, traditions and customs. Its members have to adhere to these rules and that is where the strength of the ryu lies. In the submission of its members of their individual needs to that of the ryu. The tradition states that the founding of this ryu took place under the divine guidance (tenshin sho) that was given to our founder, Iizasa Ienao. Our founder was a warrior prior to his establishment of the ryu. After a prolonged period of ascetic and severe training he was handed the techniques of the ryu by a god-like being. The ryu exists thanks to divine guidance and as a result its members are protected by divine power. The ryu claims to have never aligned itself with any estate or faction, no matter what stipend was offered. This allowed the ryū to maintain its independence and integrity.

Historically, the Tenshin Shoden Katori Shinto Ryu instructed by Otake Risuke shihan applied stringent limitations on prospective members. In recent years, however, with the relaxing of these rules the ryu has achieved significant growth in membership through recently appointed appointed shidosha (country representatives) in a number of European countries, Russia, South America and Vietnam. A rapidly increasing inflow of visiting foreign enthusiasts spend periods of up to a few weeks at the Shinbukan dojo, no longer excluded by the historic rules. The official site of the ryu can be found here.

Historically, before beginning any training in Tenshin Shoden Katori Shinto Ryu, every prospective pupil had to sign an oath of allegiance to the school. The method is to make keppan (blood oath) in support of the following kisho or kishomon (pledge). This is still practiced today. This blood oath is a tradition that has been transmitted for generations, and ensures aspirants understand the correct attitude with which they are expected to approach entry to and study within the tradition.

For more information about entering this tradition you may email Shidosha Vietnam here.

“One who prevails against his opponent is superior to one who strikes down his opponent.” Lord Ienao

Unlike modern budo that specialize in one specific field, such as kendo, judo, or iaido, our martial tradition involves a comprehensive study of a broad range of martial arts.

Although times have changed, training in Katori Shinto ryu Kenjutsu still emulates parts of the methods of the earlier bushi.