Unlike modern budo that specialize in one specific field, such as kendo, judo, or iaido, our traditional kenjutsu, sword techniques, involves a comprehensive study of a broad range of martial arts. The content of this study can rightly be called bugei juhappan (eighteen categories of martial arts, a complete study of the martial arts). While today arts such as suiren (swimming), hojutsu (gunnery), and kyusutsu (archery) are no longer extant within the tradition, the syllabus of Katori Shinto Ryu is comprehensive, and even includes an understanding of ninjutsu (espionage) and noroshi (use of fires for signalling), transmitted through oral instruction. For more information about the curriculum please visit the official website of the ryu. 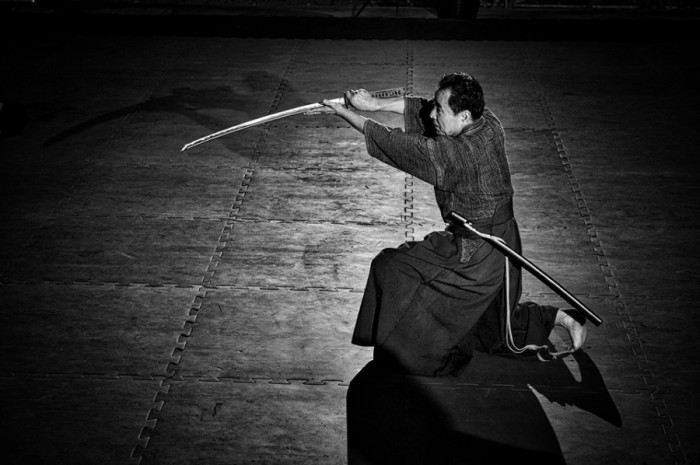 Our tradition’s iaijutsu forms – omote iai, tachiai battojutsu, and gokui iai- come to a total of only sixteen forms. While few in number, in actuality these forms change in innumerable ways depending on the opponent’s movements. Katori Shinto Ryu has always permitted farmers and common townspeople to study the tradition. Kusanagi no ken and other fundamental forms provide those unaccustomed to sword-handling with a basis for familiarizing themselves with the weapon.

Kenjutsu – Fighting techniques for the sword 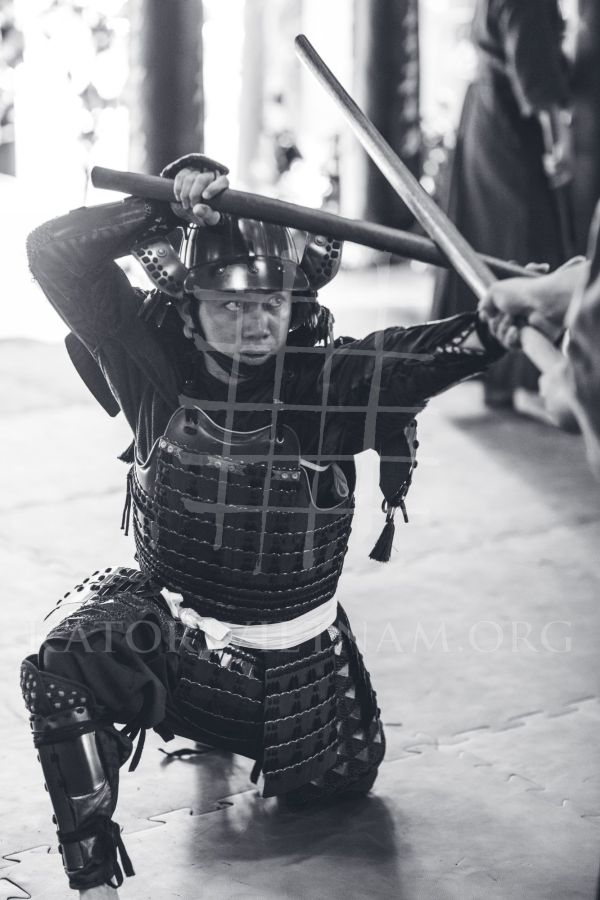 Everything revolves around kenjutsu techniques

Omote no tachi are armored forms of swordsmanship that characteristically target unarmored areas on the opponent’s body. In training, the practitioners’ bokuto (wooden swords) strike each other powerfully, despite the fact that this undoubtedly would have resulted in damage to the swords’ blades if real swords were being used.

Training is conducted in this way since slightly adjusting distancing and targeting makes training safer, and also ensures the forms cannot be stolen by outsiders. Several years after commencing study of the tradition, the practitioner is introduced to the actual combative meanings and applications of the movements of the forms. These combative applications are known as kuzushi.

Bojutsu – Fighting techniques for the staff 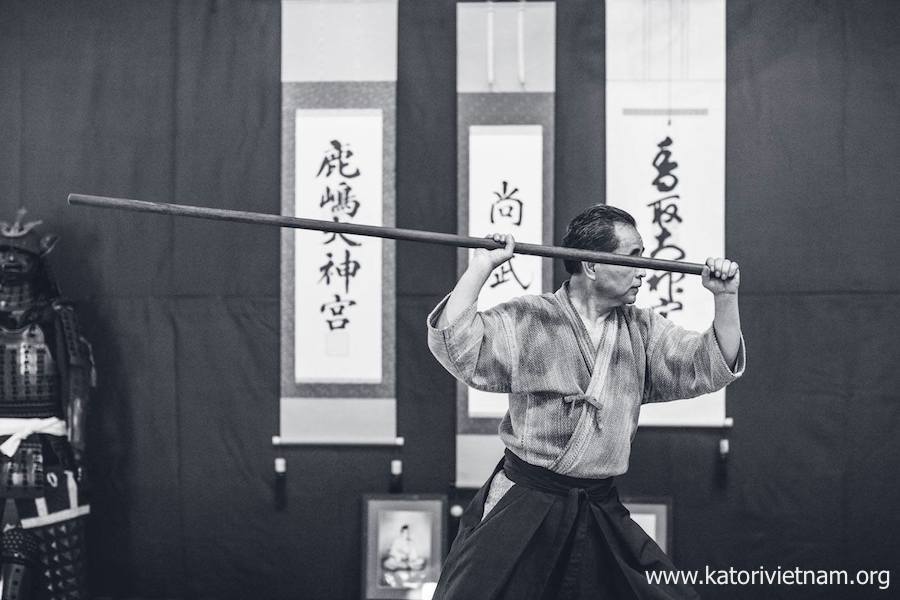 Bojutsu is the art of the staff. It is sometimes mistakenly thought of as having been practiced only by warriors of low status, such as the ashigaru; however in truth, the art was a crucial study even for military commanders. Spears were used frequently on the battlefield, and rather than being used only for thrusting, they were also used to deflect attacks sideways, or to strike from above. In some cases, spears could snap mid-shaft from the strain of such actions; the remaining shaft would then be put into application as a staff.  Bojutsu, as with the tachijutsu, has kuzushi concealed within its teachings.

Naginatajutsu – Techniques for the halberd 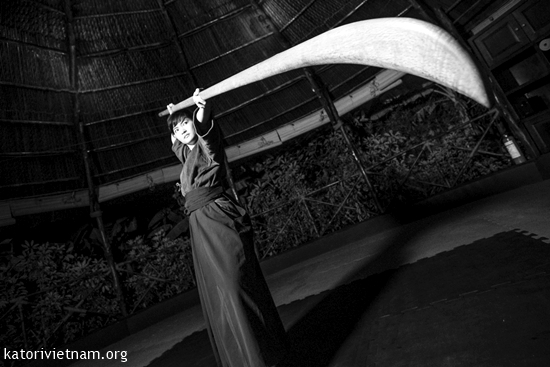 Naginatajutsu is part of kenjutsu training

Naginata were used widely by foot soldiers during the Kamakura era until the rise of the spear in the Nanbokucho era. Katori Shinto ryu uses an o-naginata (long glaive) of the same length used by warrior-monks such as Benkei. The naginata must be held mid-shaft in order to effectively deliver cuts with its blade and strikes with its butt.

These are unarmored forms of swordsmanship that characteristically involve shorter positioning and distancing. The forms and those that follow are our traditions most secret teachings.

While novels note that the art of using Ryoto (two swords) was developed by Miyamoto Musashi, it was part of the Katori Shinto Ryu curriculum some 150 to 200 years prior to his birth. Training in this portion of the curriculum teachers the practitioner methods of dealing with an opponent armed with Ryoto.

Kodachijutsu – The secrets of the short sword

When the kodachi (short sword) is short, correct usage ensures the weapon can be used to achieve the same distancing as the tachi.

Sojutsu – Techniques for the spear

While the spear is effective in wide spaces such as plains, it is inferior to the sword in confined spaces such as forests. As a result, the sword is used to close the distance with a polearm, such as staff, glaive, or spear. This allows the swordsman to defeat the spear.

On the battlefields of old, Jujutsu was especially useful when a warrior lost his weapon or closed to grappling range with an opponent. Our tradition’s Jujutsu includes locks, throws, chokes, strikes, and healing.

Bo-shuriken were an integral part of the samurai arsenal. The art of striking an opponent with these throwing spikes is taught within Katori Shinto Ryu to this day. The shuriken taught within Katori Shinto Ryu is effective within a range of around 6 meters (19.7 feet) and possesses the advantage of being able to strike opponents from longer range than polearms such as yari or naginata as well as form narrow spaces.

For this text we follow Otake Risuke’s book ‘Warrior Tradition’. Source: Risuke Otake – The Deity and the sword books volumes 1,2,3.