This koryu seminar with Otake sensei in 2017 we invited both Akiyama san and Shinozaki san to join us in Hochiminh City. Shinbukan Dojo has a few outstanding monjin and one of them is Shinozaki san. 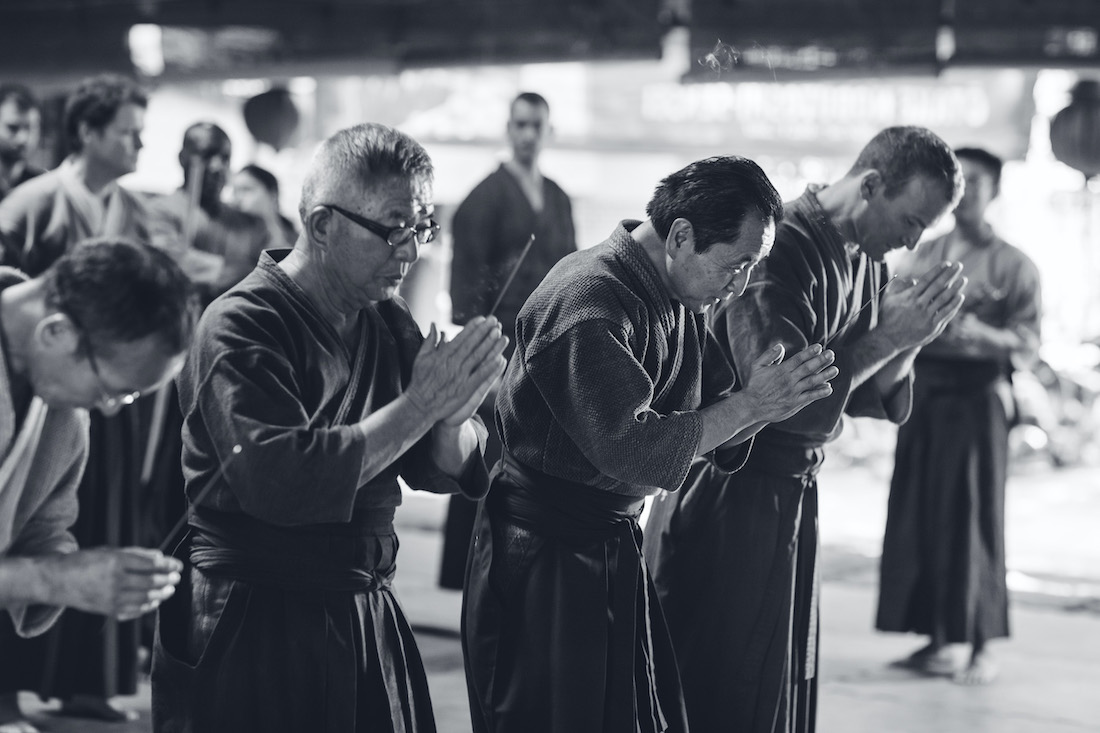 He is one of the early students of Otake Risuke Sensei together with Akiyama san. Shinozaki san had been away for some years but when he came back to Shinbukan Dojo he immediately stood out. We knew who he was from earlier video footage and from stories Otake Nobutoshi Sensei had told us. 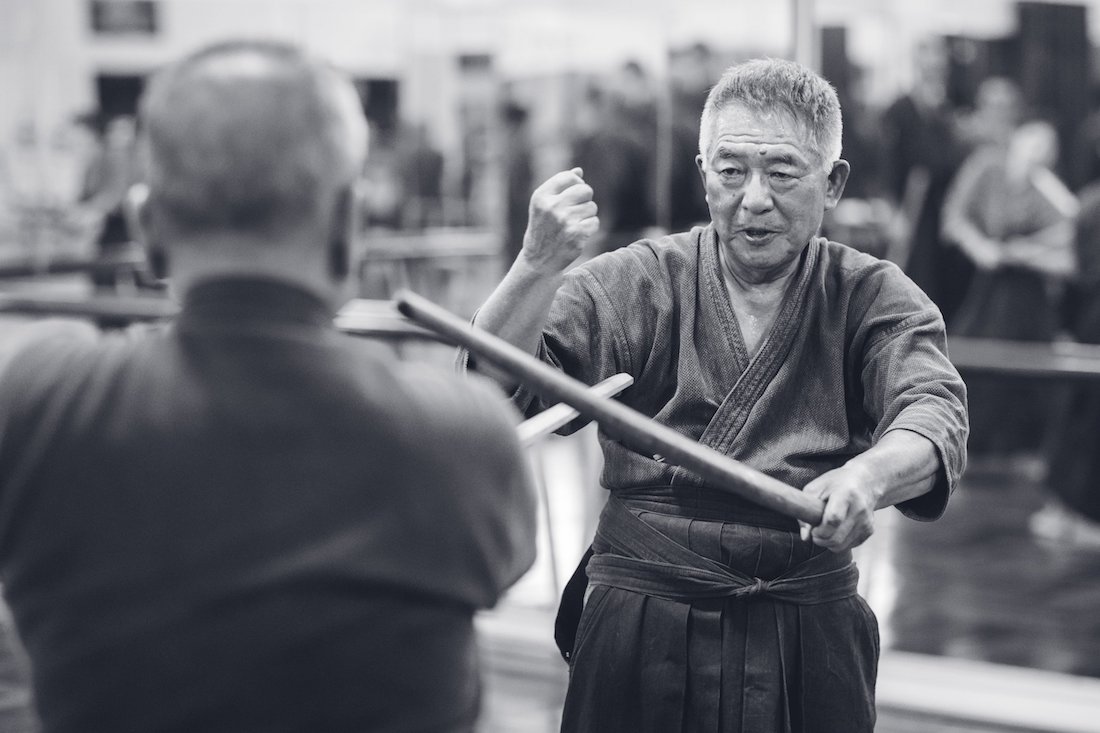 From the moment we knew he had come back we immediately arranged a visit to Japan in order to train with him. During training he is helpful and tactful in his support. He trains fully with every student. He does not hold back in the kata and because of that you feel taken seriously as a student. If he corrects anyone he does it quickly and with a joyous glint in his eye. 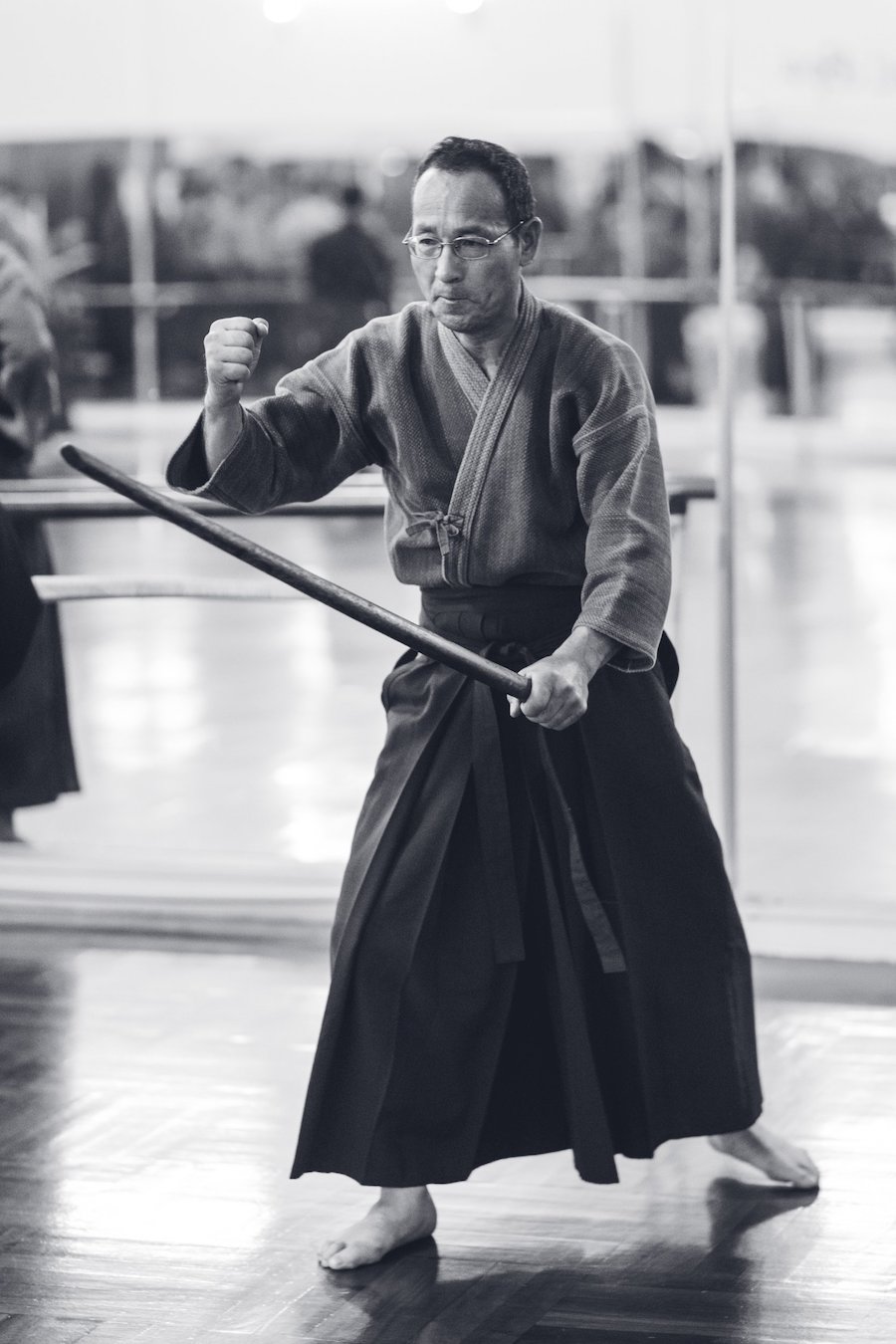 He does not correct students to impose himself on others or to establish his position as a sempai by teaching you. He does it naturally and does not dwell on any of our mistakes. After a short correction or advise he quickly returns to the kata and his facial expression changes. His zanshin is electric and you can feel that his awareness is total. 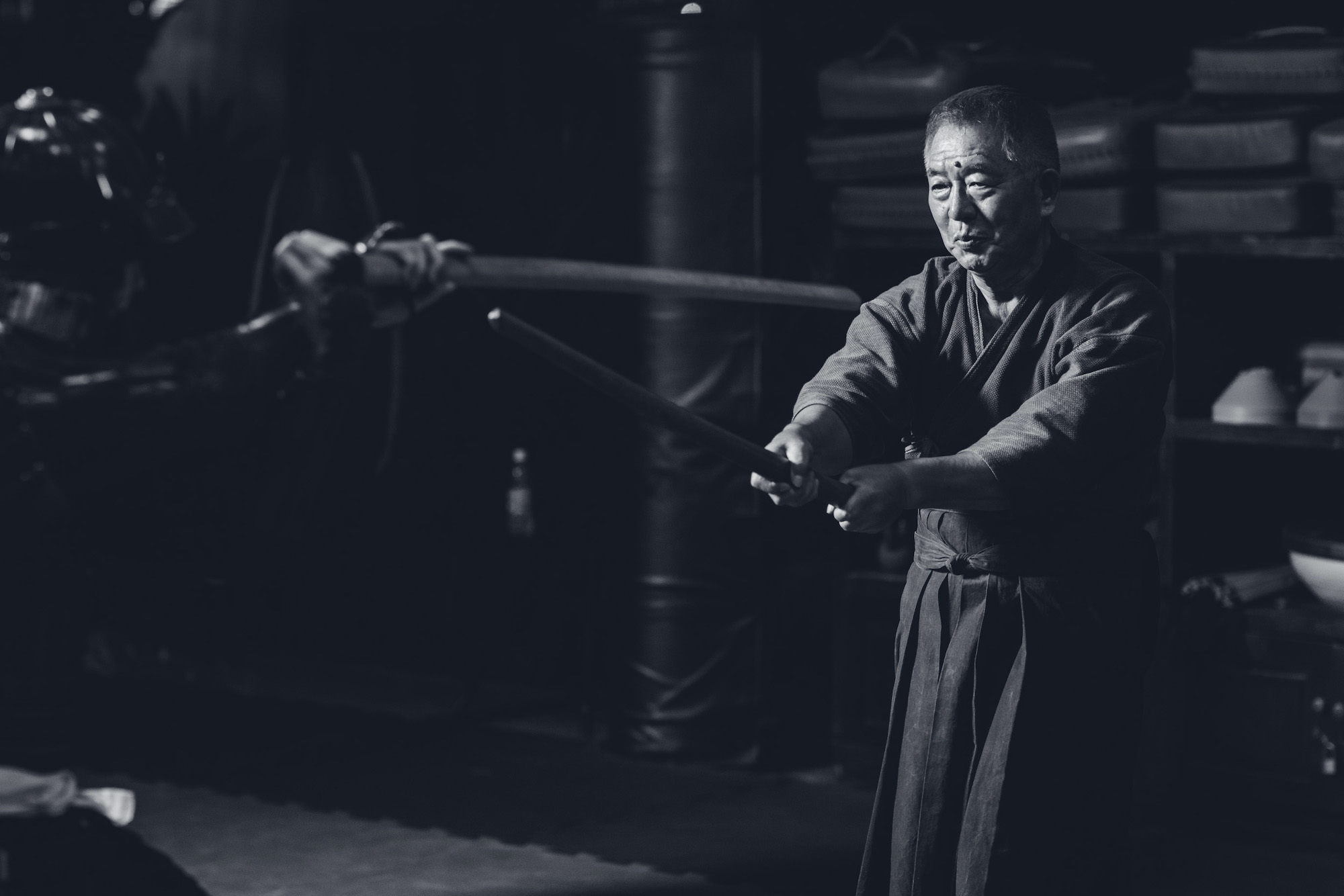 Akiyama san working with our monjin

When he does not train, he stands to the side, behind others so as not to obstruct the view for those who are watching. He encourages you from the side and gives you suggestions without an aura of mysticism. “Do it like this” or “keep the sword this way”. 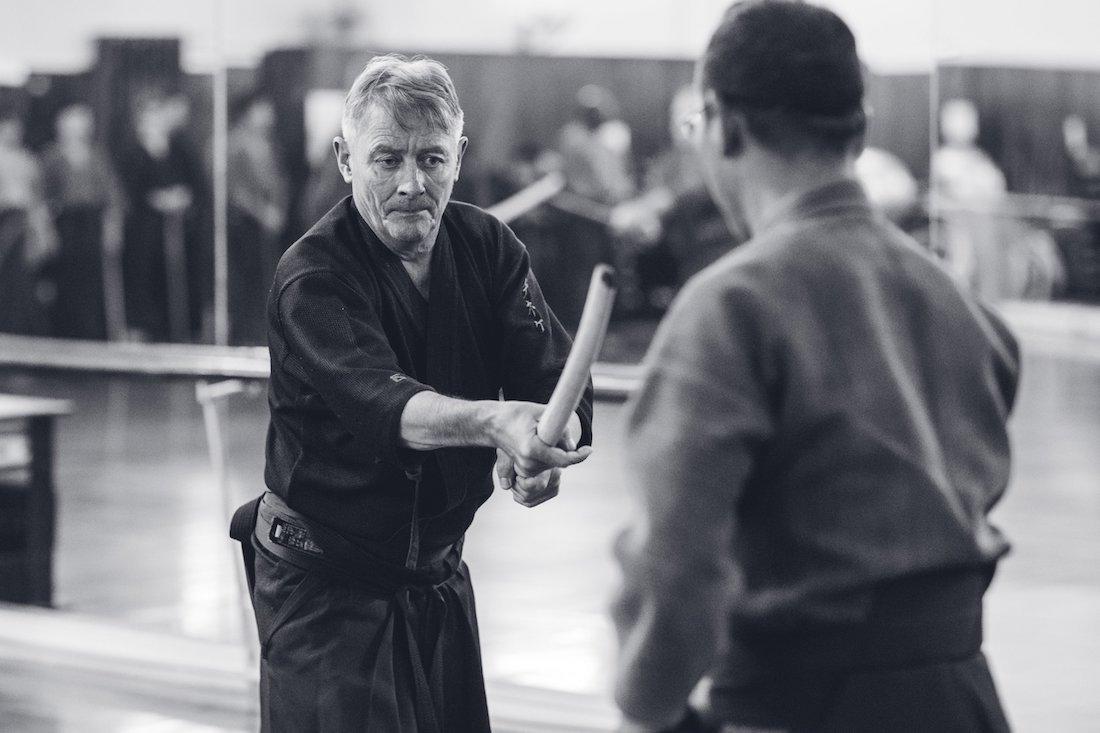 His return to Shinbukan Dojo as well as that of Akiyama san has reminded us how sempai can be: welcoming, helpful, gracious, modest, knowledgeable and capable. They naturally command our respect and interest without needing it. 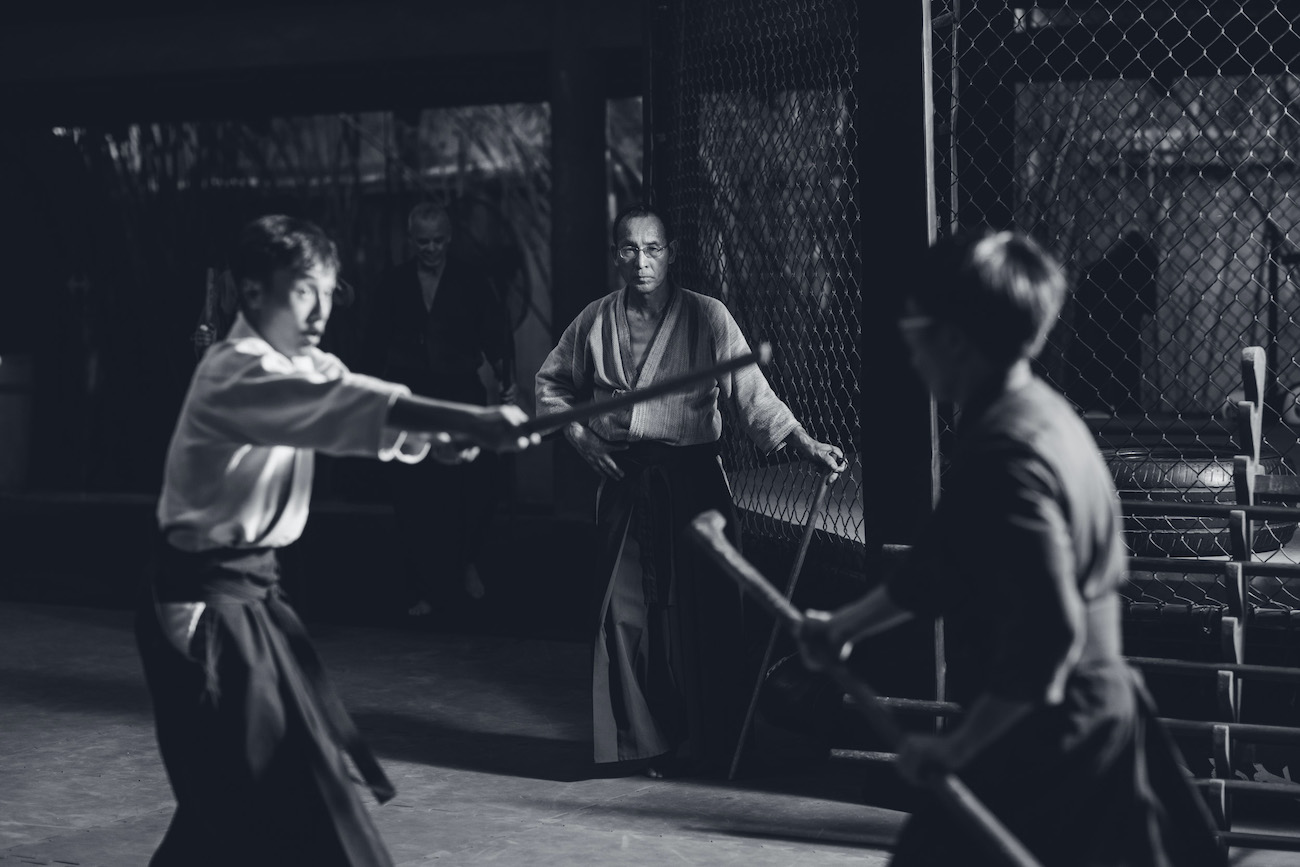 After our success with Akiyama san joining our seminar in Vietnam we immediately invited both sempai to join us for the kenjutsu Vietnam Seminar with Otake sensei in 2017. Otake Nobutoshi also invited Sato san who had been in Vietnam before to help us out. All three consented and the spend a week teaching us while supporting Otake Nobutoshi Sensei. 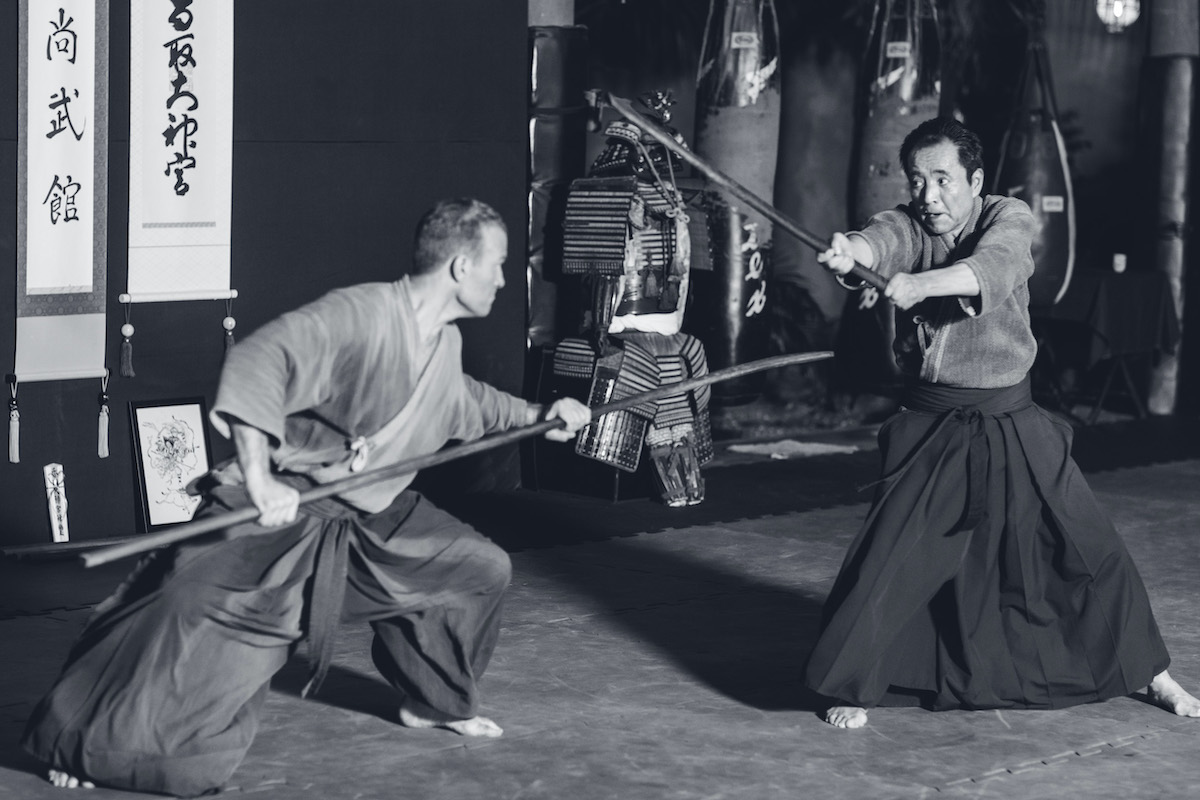 The koryu Seminar with Otake took six days with nine hours of training per day. We worked carefully through the whole curriculum starting with basics such as maki-uchi and kamae. Later we moved on to advanced techniques and students were encouraged to train in yoroi. 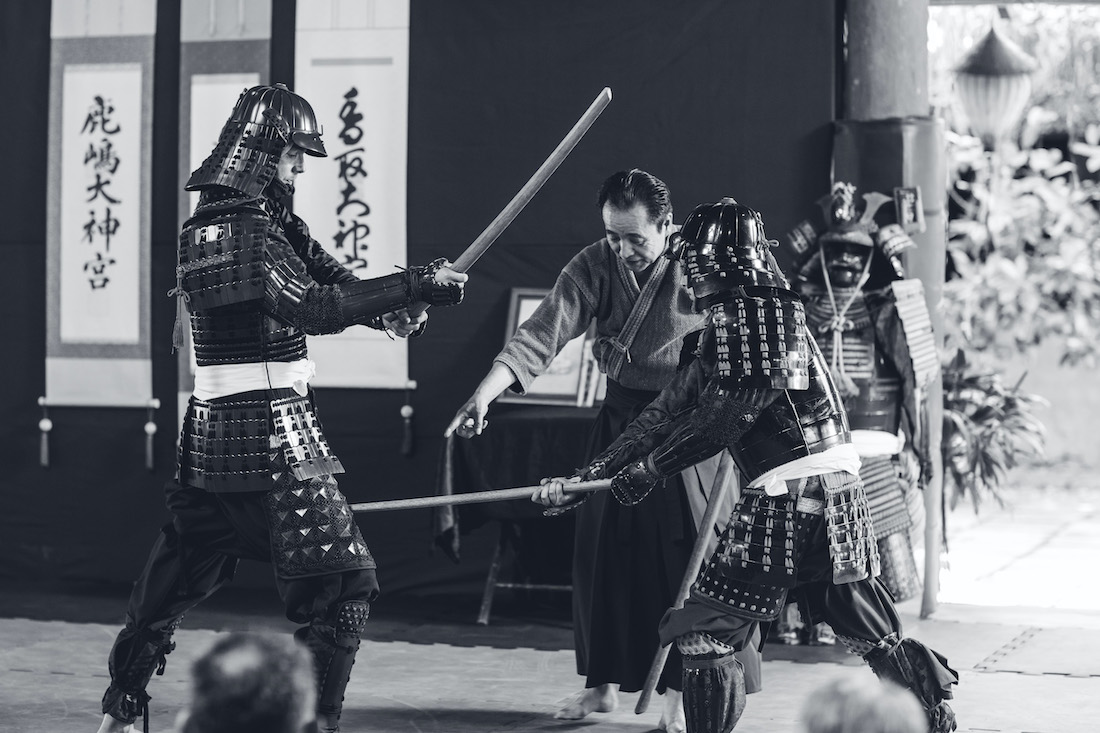 Otake Shihan explains the relation between offensive and defensive knowledge

Monjin from different parts of the world joined us: China, France, Canada, Belgium, Holland, Thailand, Ireland, South Africa, Japan and Vietnam. All of them worked hard in this koryu pressure cooker of nine hours daily training. We were lucky to have the shidosha for Holland Erik Louw Sensei join us as well. He is our first teacher and he trained with us daily and helped wherever he could. 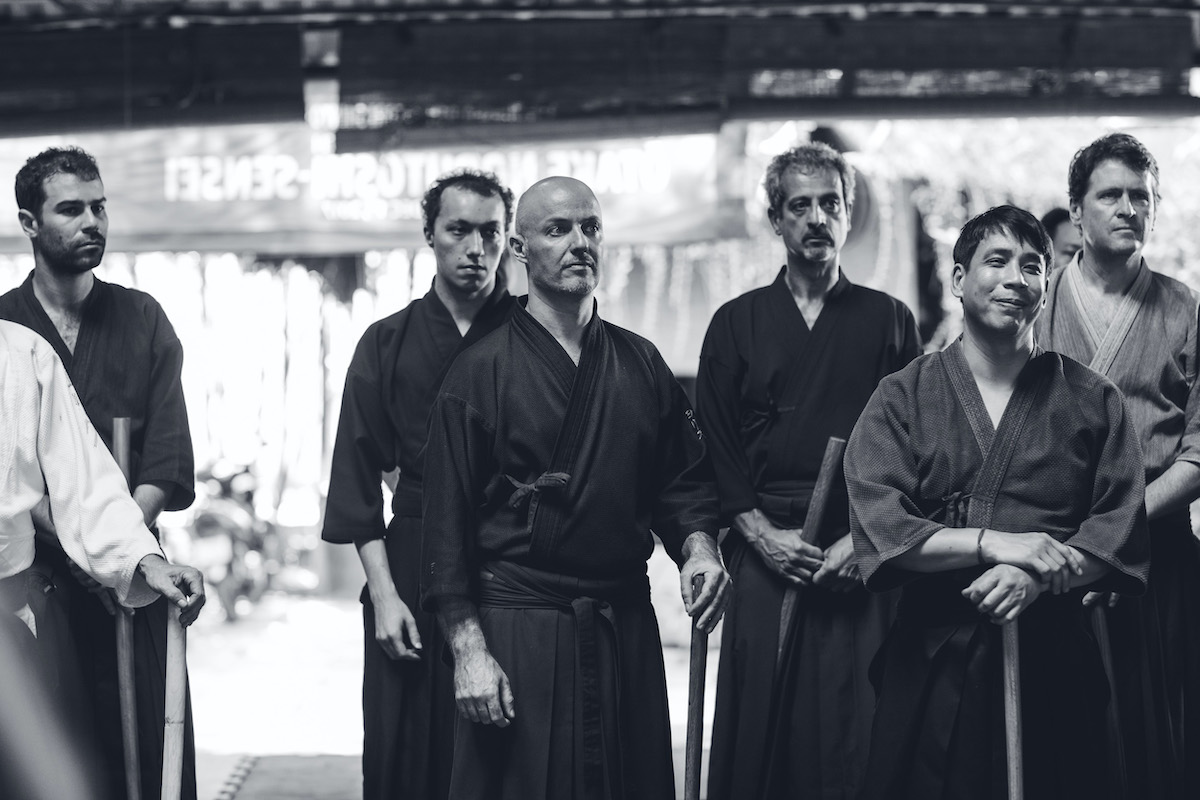 monjin from all over the world

During the seminar the Japanese sempai did not spare themselves. For hours on end they trained and helped other monjin in the stifling Vietnamese heat. 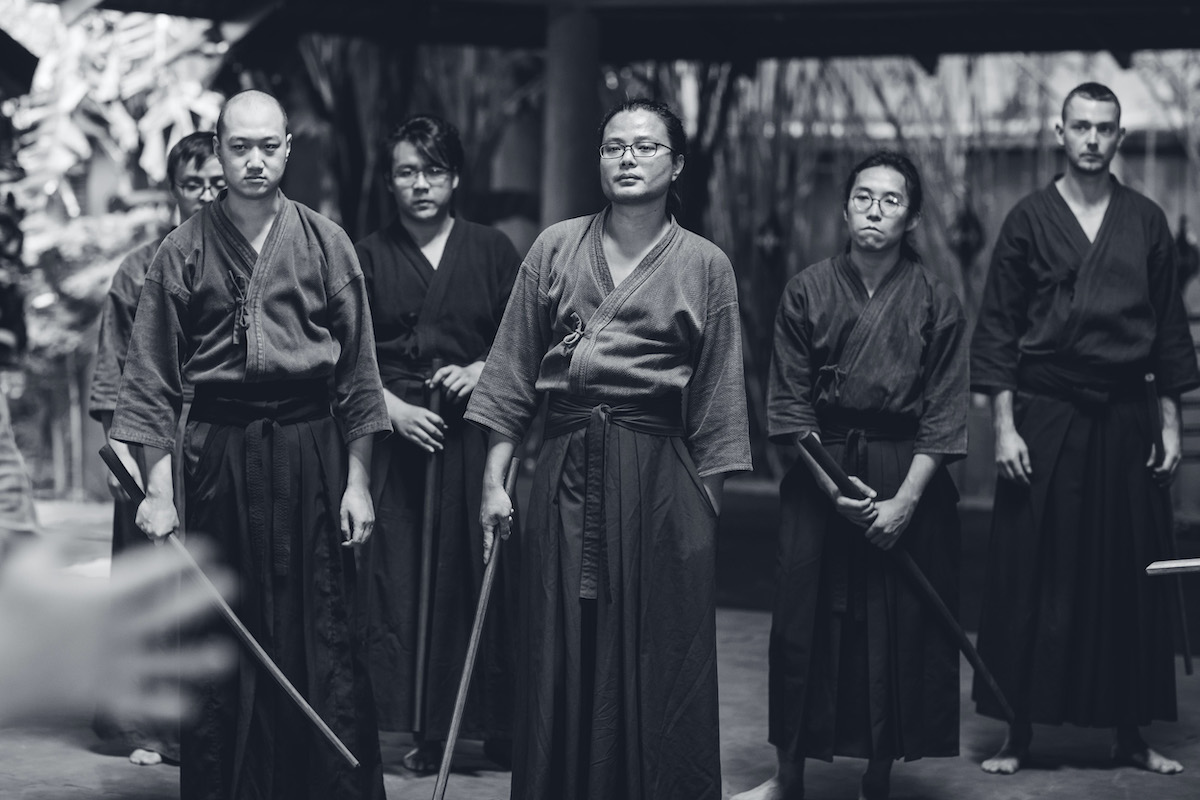 monjin from all over the world