“There are no shortcuts in Koryu” quipped Otake Nobutoshi Shihan at the beginning of the 2018 seminar. Because the seminar lasts a week with nine hours of daily practice he assesses our level the first day. He looks at our understanding of the basic kata or omote. 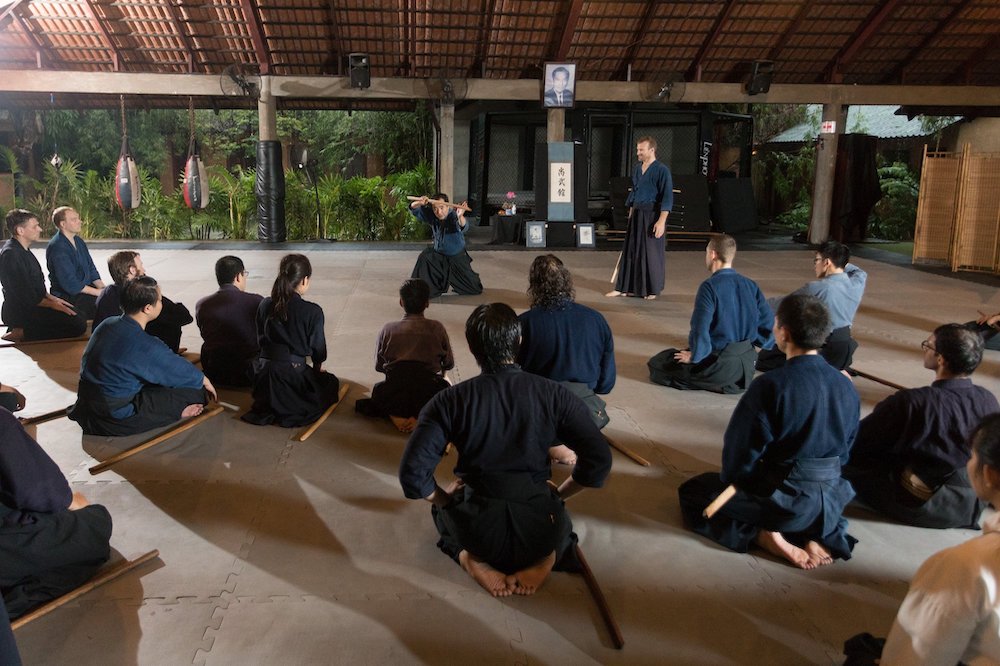 When building a house the foundation needs to be secure, bricks need to be square and straight. In kata kamae are like bricks and the kata can be seen as a building. 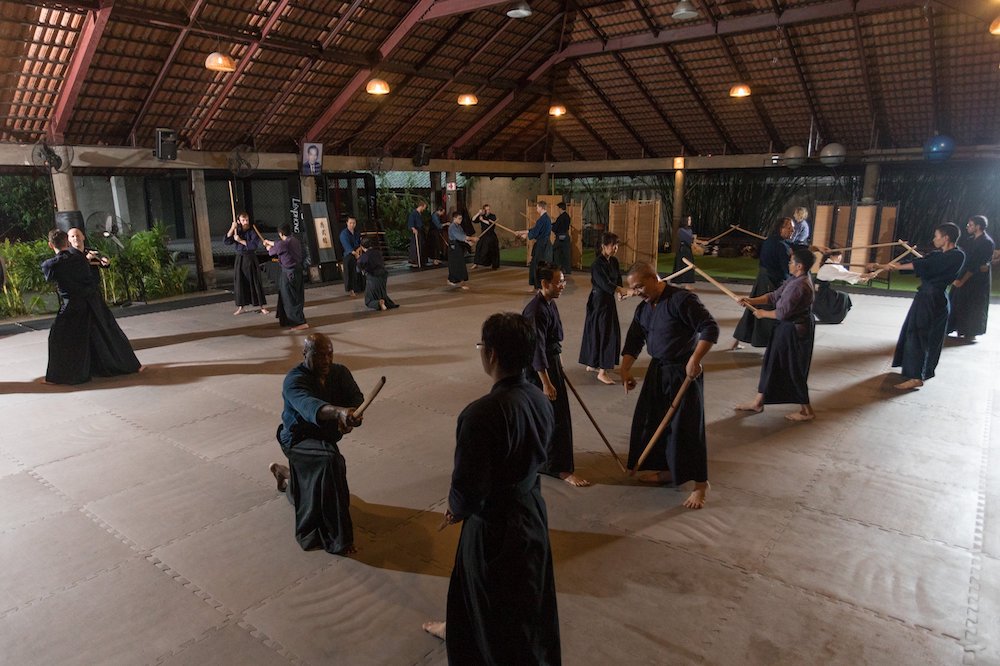 The first days and nights we focused on omote

Advanced techniques have omote at their foundation. If we have not yet mastered omote fully it will be no use to teach the next level to anyone. We will transfer mistakes made in omote to the next level if we do not fix those first. 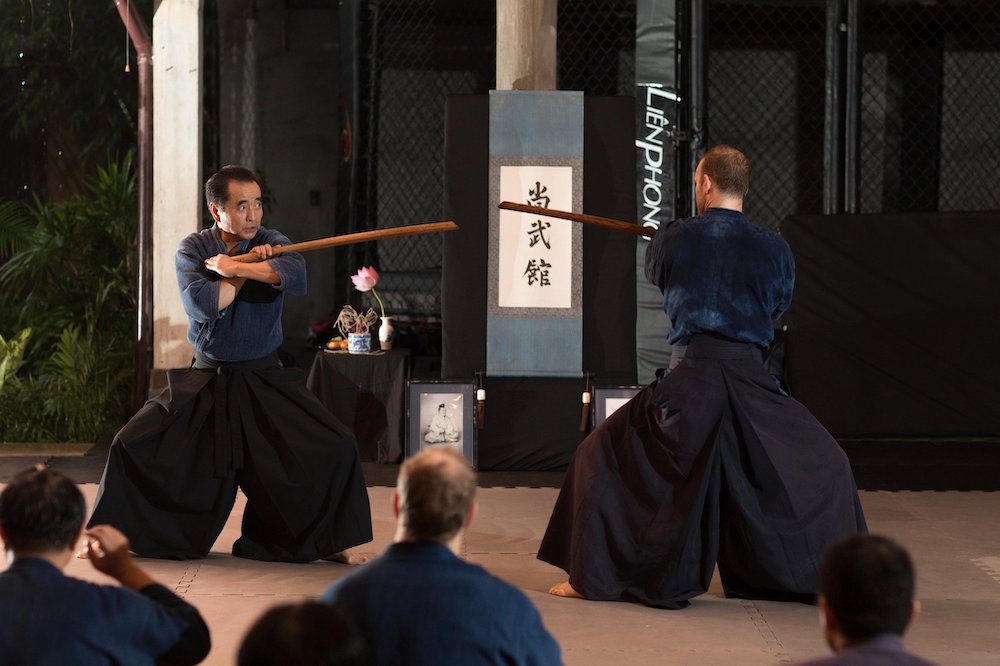 Otake Sensei tells us in his book: “Due in part to the close-range of gogyo-no-tachi, three to four years training omote-no-tachi are requisite. Although I sometimes teach these forms earlier due to the fickle nature of people today, it took me six years before I could learn gogyo-no-tachi.” 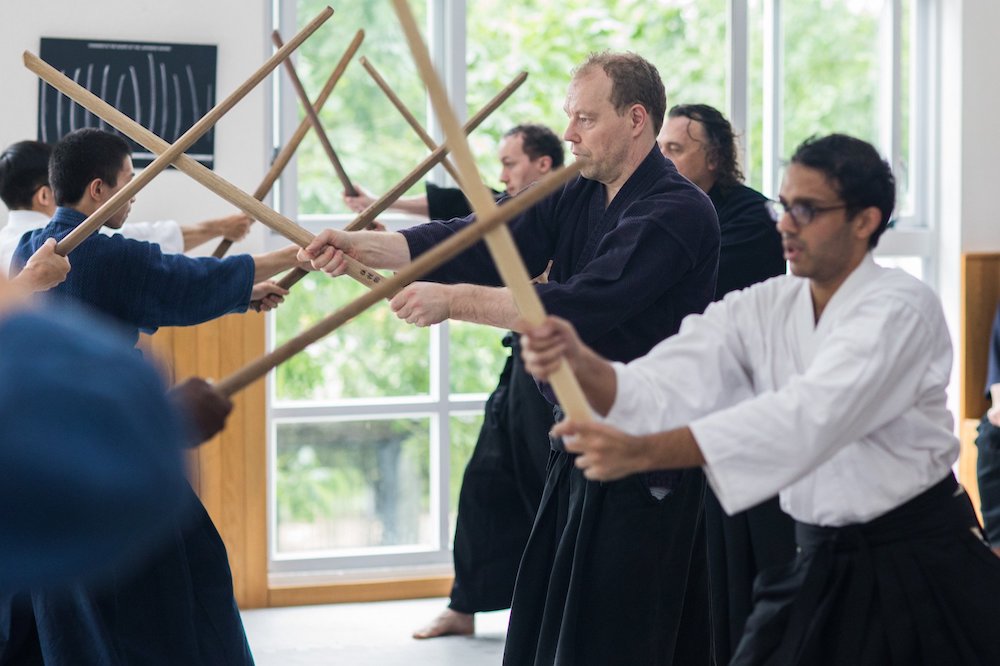 Repeating movements until the body remembers them

“At the beginning of my apprenticeship with Hayashi-sensei, there were some students who wanted to progress to the next set as soon as they had learnt the order of the kata. He would simply admonish these fickle students and tell them it was still too soon.” (page 111-112 Otake Risuke Strategy and the Art of Peace) 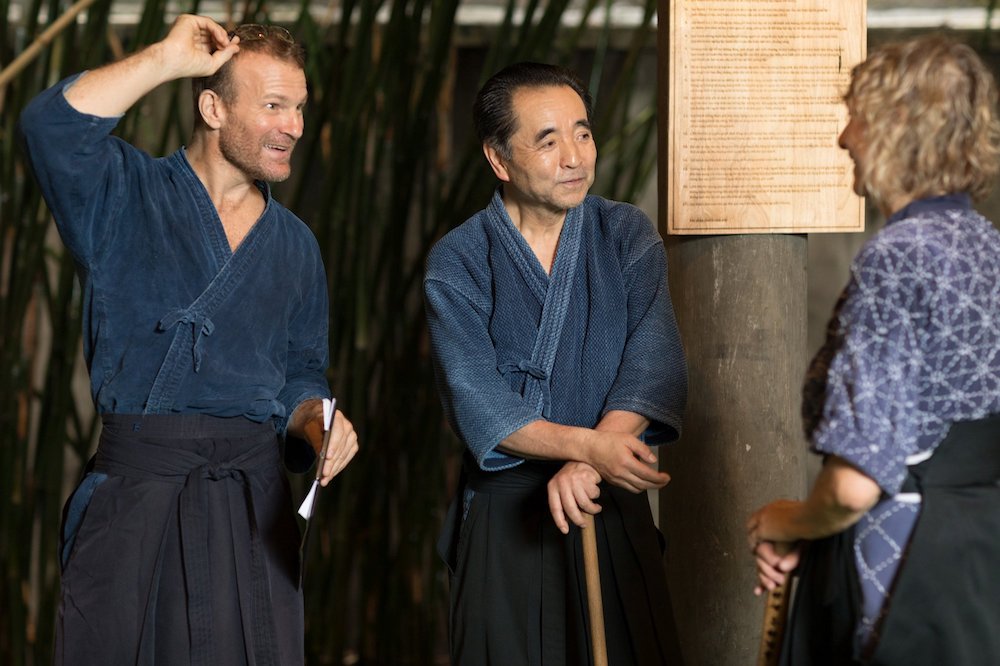 Sensei checks every student individually several times during the seminar

Just like his father Otake Nobutoshi Shihan sure that we practised the basics correctly. During this seminar sensei checked our kamae, our cuts and especially omote. He isolated certain movements and let us practice those over and over until we improved. 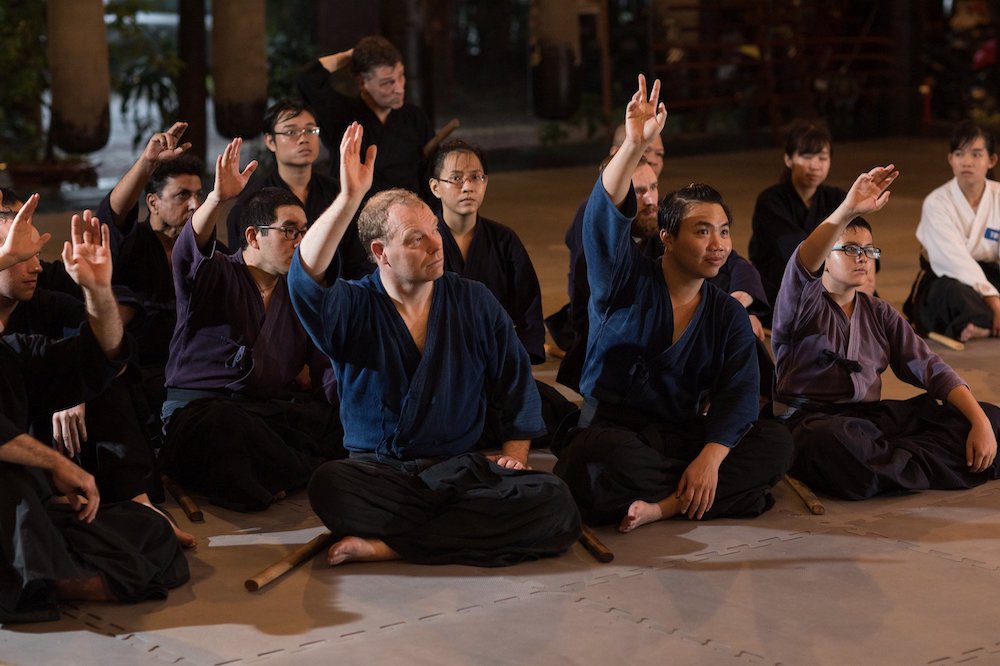 We all had questions for Sensei

Next was bojutsu. We practised suburi just like Sensei had done when he was younger. He told us how when he trained with Dreager Sensei he had to do bo-suburi for several kilometers up and down the street. 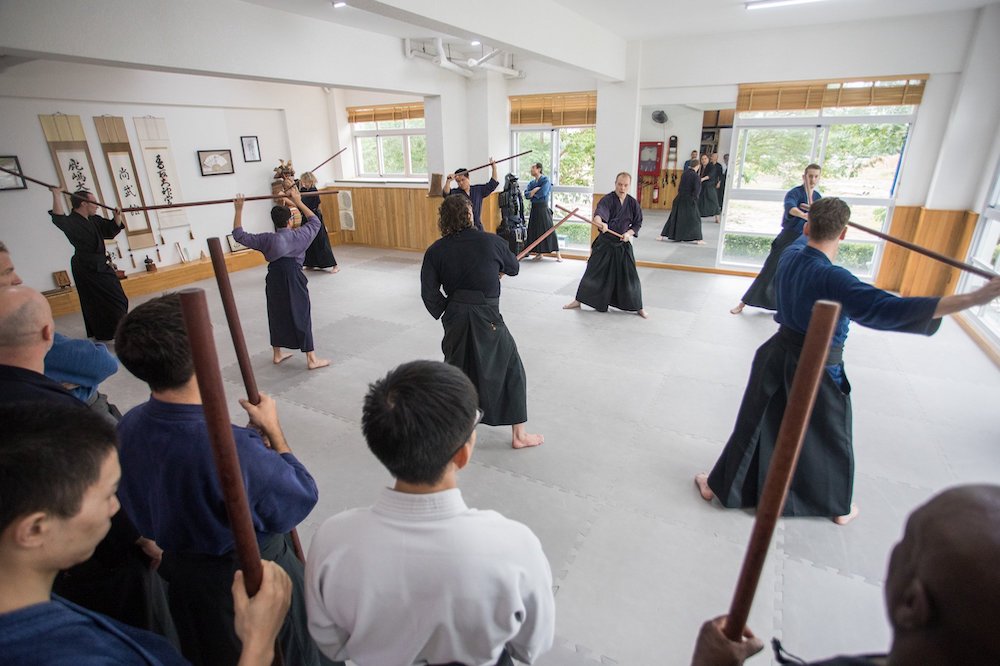 Sensei went over Iaijututsu and battojutsu again and again. He expressed the need for us to learn how to see, not just to watch. Often we think:” yes, yes, I know this, I have seen this already.” But we missed the point and just continue performing movements as we did before; incorrectly. 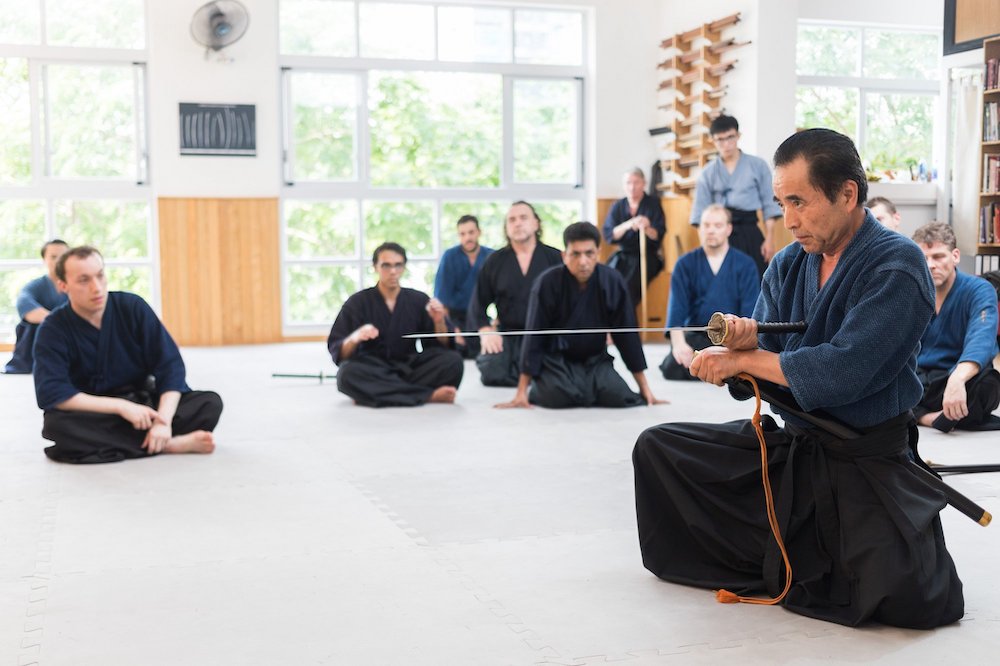 Otake Nobutoshi ended the seminar with these words :“ I know I often say that there are no shortcuts in Koryu, but maybe there is one. Please look at others when they train, when they receive instruction and “steal” their technique. Make use of what you see around you. So please do not train what you have not been taught yet, but look at everything and think about it.”