Iaijutsu the Art of Drawing the Sword

Iaijutsu the Drawing of the Sword

Iaijutsu, or sword drawing art is essentially a defensive one. It teaches how to use a sword that must be drawn from a position of rest inside its scabbard. Iaijutsu trains the practitioner to respond to situations where an aggressor suddenly engages. Unlike kenjutsu, iaijutsu is generally performed as a solo exercise (tandoku renshu). It trains the exponent to draw his sword although he may be seated, crouching, or reeling. These are positions which render him relatively unprepared for combat. But with iaijutsu he will still be able to defend or counterattack from such positions. 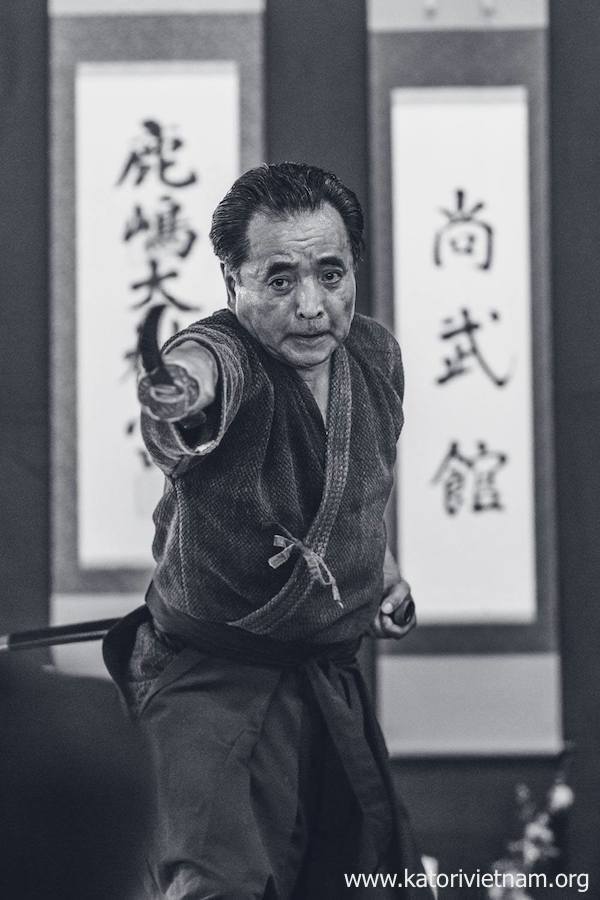 Draw and cut with lightning speed

Iaijutsu has four actions that are of great importance. First the nukitsuke, or draw. Second the kiritsuke or cutting action. Third the chiburi, or removal of blood form the blade. Fourth noto, or return of the blade to its scabbard. Each of these stages must be performed smoothly blended into a single action. During this motion an unbroken state of zanshin prevails. (Zanshin is the attitude of someone whose physique is in a latent state of alert. Ones mind should be totally emptied and is receptive to the most subtle signal. (Krieger 1988) 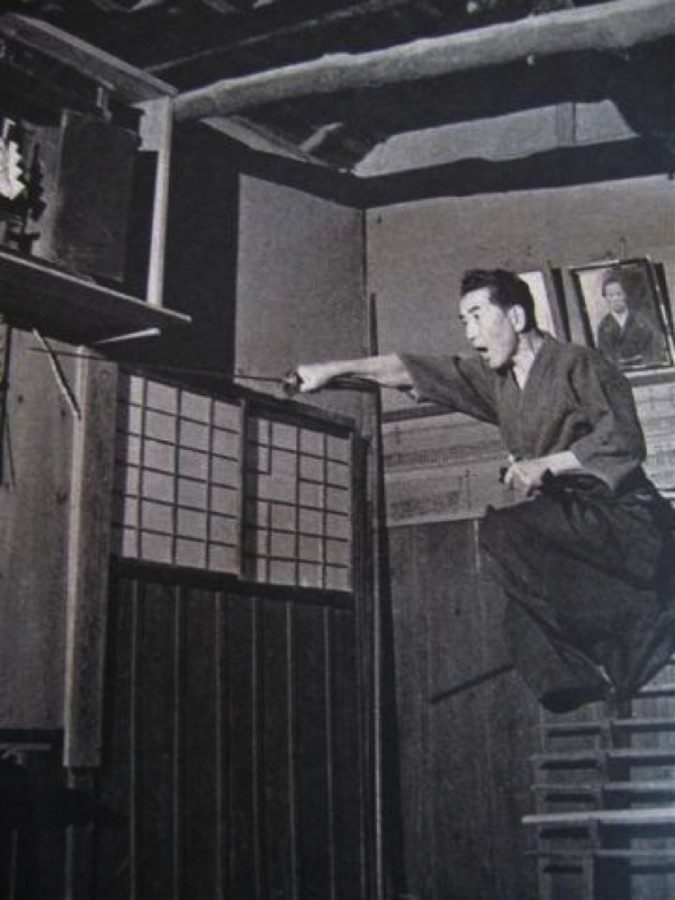 Nukitsuke involves the practitioner unsheathing his sword at the moment he is being attacked. This can take place while either outdoors or indoors. It should not matter whether he is standing up or sitting down. Apart from proper skill, that which is required most in the performance of iaijutsu is great speed. This quality is of utmost importance of any system of classical combat. The practitioner must draw his sword with speed and, in the same instant, a mere fraction of a second, deliver a forceful and accurate cut. Noto or the sheathing of the sword however, can be done at ones leisure while still keeping zanshin, because the fight is over. 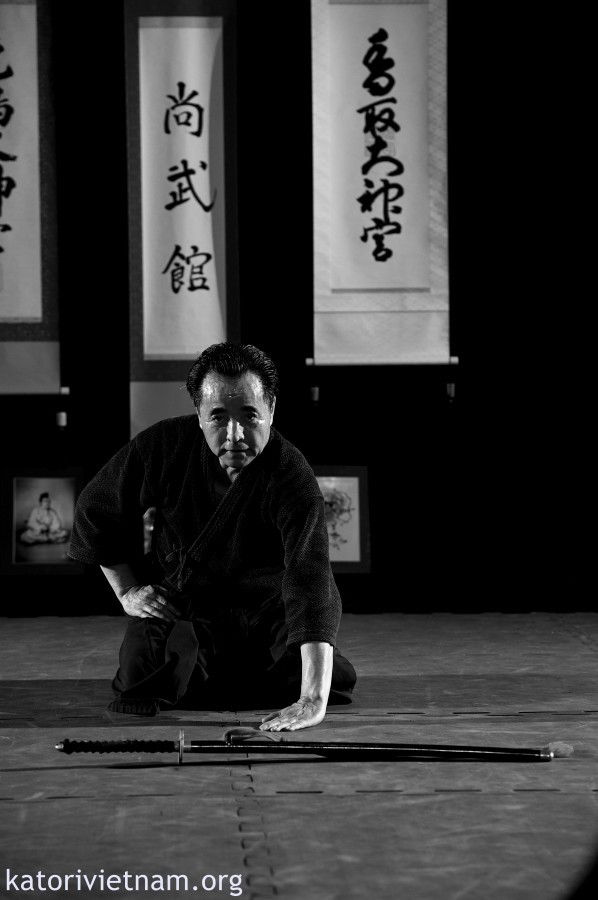 Practitioners of iaijutsu are traditionally required to use only a blade that is razor sharp. Unless an actual sword is used, it is impossible to generate the mental attitude necessary to the art. Thus, when correctly done, the mechanics of iaijutsu bring the exponent within fractions of an inch of the sharp blade. This makes the performance a literal flirt with death that must be repeated a substantial number of times daily. This ongoing practice is needed if it is ever to be expertly performed and maintained. 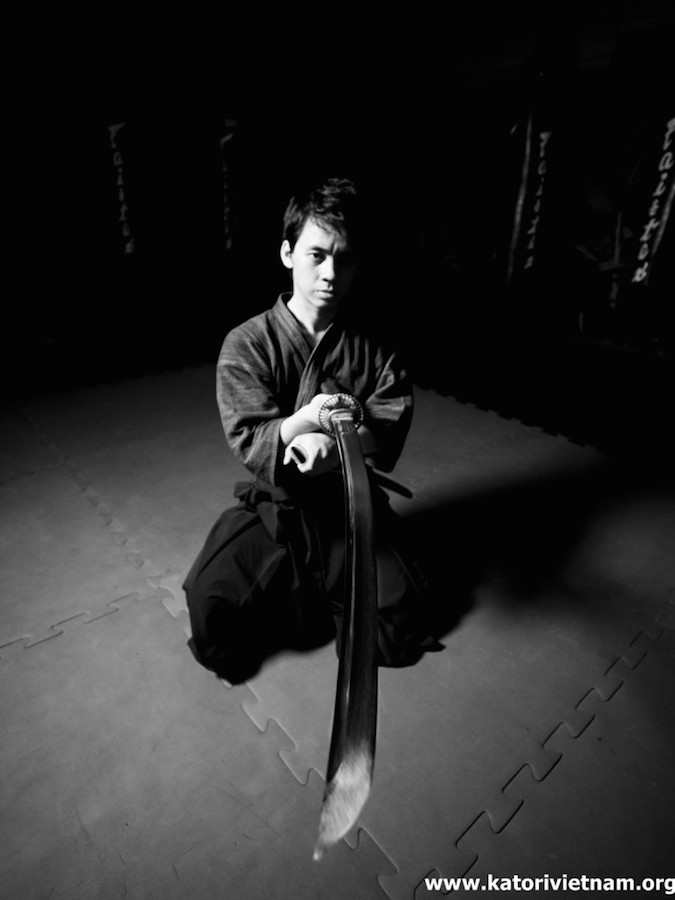 Iaijutsu from a sitting position

The sword must be of such a weight so as to be used quickly and freely as if it were your own finger. The practitioner must practice to such an extent that the weapon becomes almost a part of the body. He should develop a sensory sensitivity through the sword. A sensitivity we normally only find in the five senses. In iaijutsu the cutting-edge of the sword must move with extreme speed as it strikes against the enemy’s body. Otherwise the enemy will dodge or otherwise evade the stroke. Slow-moving swords have no place in martial arts. If a practitioner’s technique signals the opponent where it will strike it is too slow to be practical. It is important that before any practitioner begins using haya waza, (fast techniques) he must understand his technical limitations.