Besides kimonos (traditional garment), chado (tea ceremony), origami (paper folding)… Japan is also proud of Katori Shinto Ryu, a school of swordsmanship. It was the first martial art in Japan that received the “Intangible Cultural Asset” designation in 1960. 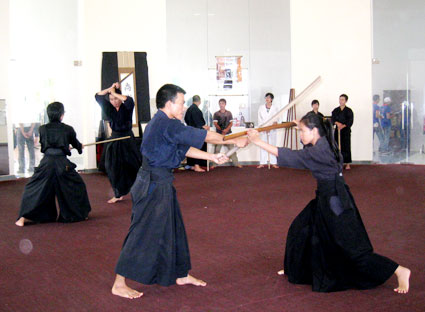 Katori Shinto Ryu is one of the three oldest extant Japanese martial arts. The school was founded by Iizasa Ienao in the 15th century. The teachings of Katori Shinto-ryu were kept secret through the regulations written in the blood oath (keppan). Students have to perform this oath before joining the school. This practice has existed for 600 years is still part of the tradition. Maybe that is why the teachings and spirit of this Japanese martial art still seem to remain similar today as to when it was founded. 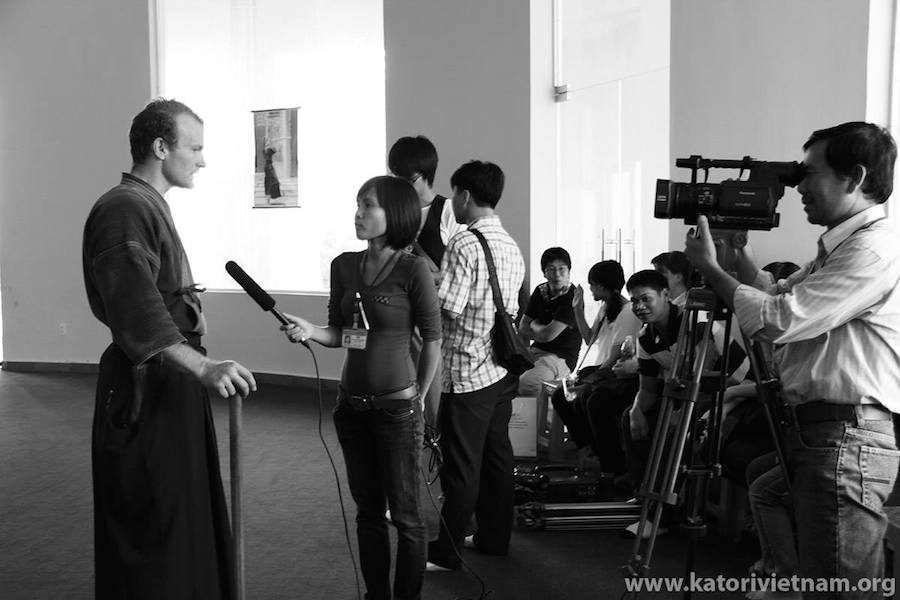 For the ancient Samurai warriors, the sword was considered the most important weapon. So Katori Shinto Ryu aims to teach the techniques of long sword, short swords, two-swords, staffs, glaive, and spear. Katori Shinto Ryu focuses on the technique of drawing the sword. The sword is drawn with utmost speed to cut down the enemy. This should be trained so that one is able to cut in all directions from standing sitting positions. 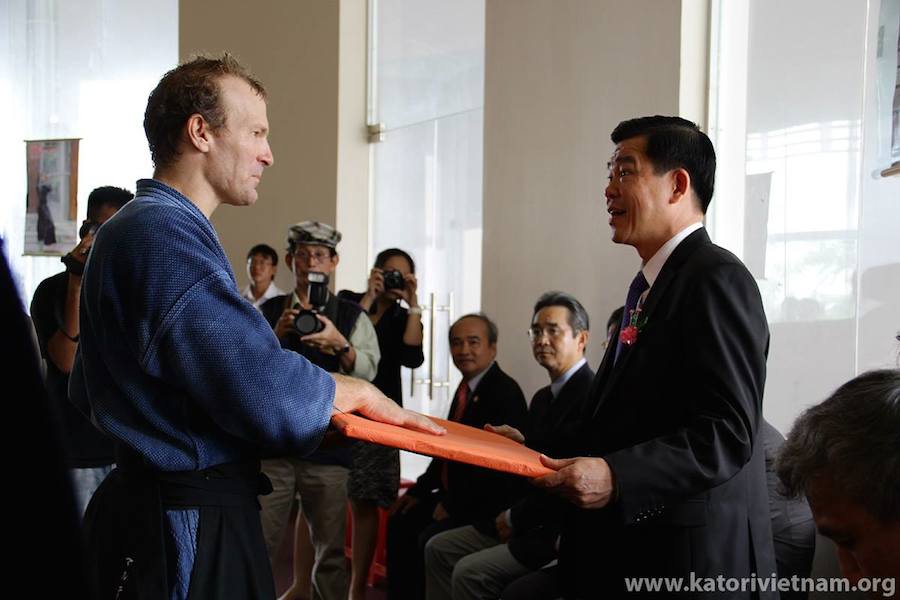 Pham Dinh Bang (student at Shobukan dojo, Ho Chi Minh City), who has trained Katori Shinto Ryu said: “Practicing Katori Shinto Ryu helps me. It strengthens my health. I learn the swiftness, decisiveness and patience that I need in daily life. It also helps to release stress after hard hours of work. I also learn a lot about the country, the people and the culture of Japan”. 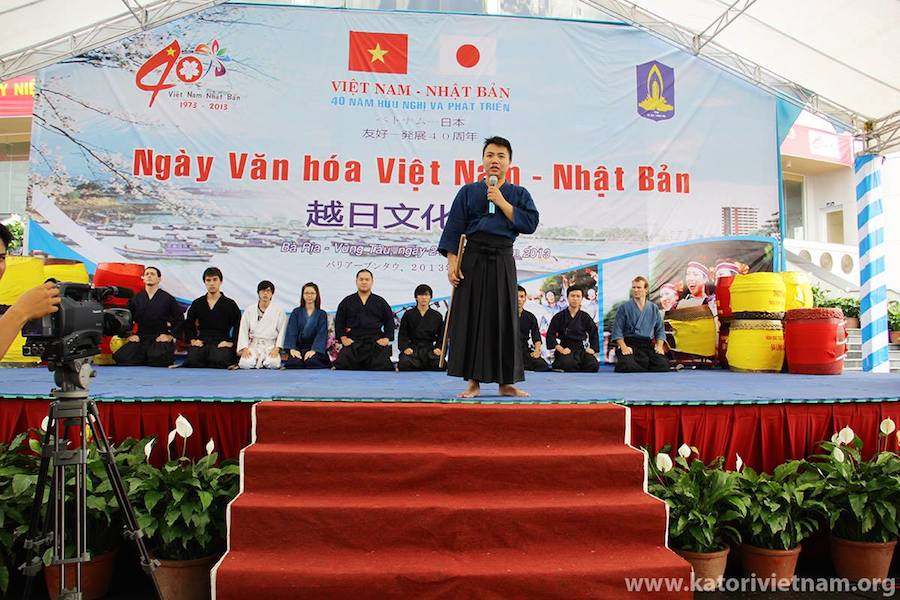 Pham Dinh Bang was also one of the first two Vietnamese students who did keppan (blood oath) in Japan with the current head master of the school Otake Risuke shihan. Malte Stokhof, the teacher of Katori Shinto Ryu at Shobukan dojo said: “Through Katori Shinto Ryu, we can learn the way the Japanese used their swords, learn about their culture and develop patience and discipline. I love Katori Shinto Ryu as a Japanese martial art but also because it contains the traditional culture of Japan.”