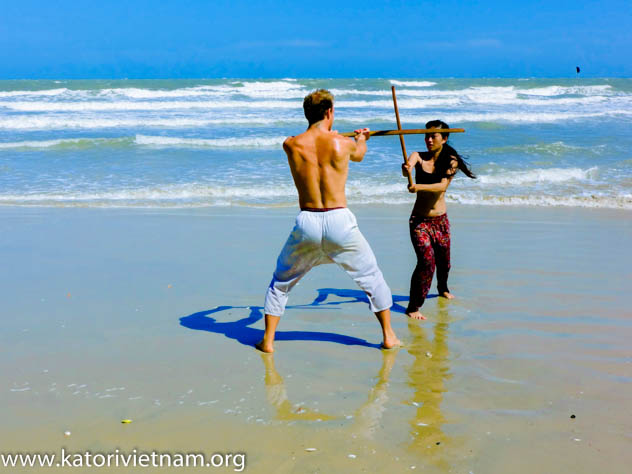 During our training in the dojo we aim to understand what the training must have been like for the bushi of the past. To prepare for war in other parts of the country. To fight in traditional Japanese armor, yoroi, must have been exhausting and painful on the feet. In the fifteenth century warriors did not wear shoes and the material they used to protect the soles of their feet did not last long, often not longer than a day. 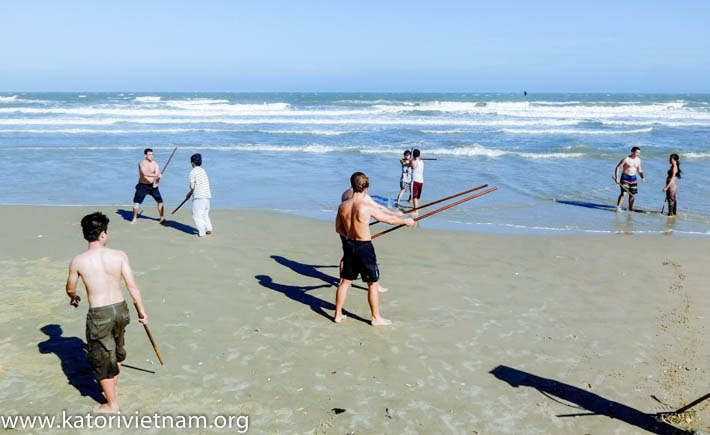 With that in mind we decided to train outside the dojo at the beaches of Vung Tau city. We hoped to experience how to train attacking and moving on various forms of terrain while observing the surroundings. One of the attempts was to take advantage of the challenges of the terrain. One of the things we practiced was to drive someone into the sea while performing kata. It was up to the other to move around in such a way he or she would not get caught in the waves. The position of the sun was another challenge. 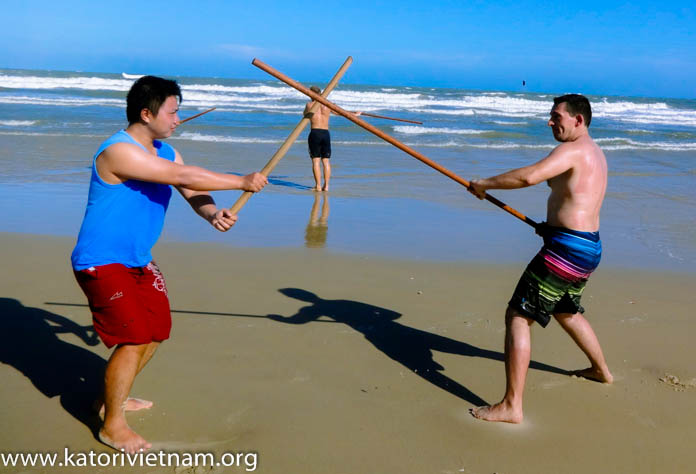 Some problems we did not encounter in the dojo: sand on our weapons which when swung at opponents would project the sand into his or her face. Quite useful if you are not the receiving end. Also the pointed shells everywhere on the beach embedded themselves into feet. Some of them were so deeply stuck in the soles of feet that for weeks little pieces of shell would come out of the wounds. 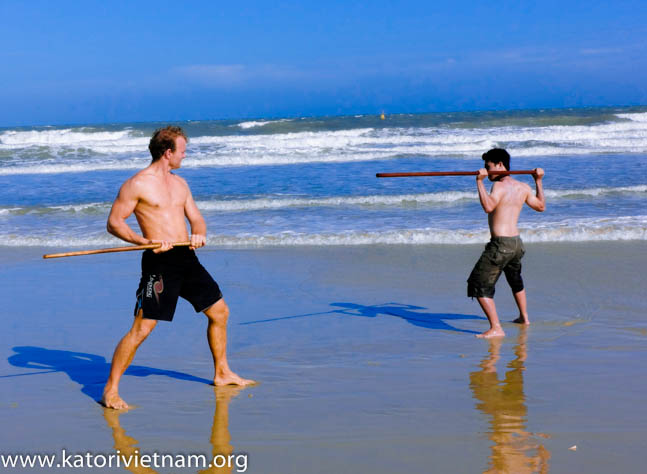 When training in the dojo our weapons become wet because of our own sweat, but training in the sea made our weapons extremely slippery and this proved a bit of a challenge when performing kata with full impact. Lastly we trained for six hours instead of the normal three without a break in order to achieve a kind of exhaustion. The kind we were looking for is the one where you are so tired that the body just takes over. The body has no more  energy left for unnecessary movements and from there you start analyzing and training the kata from different perspective. 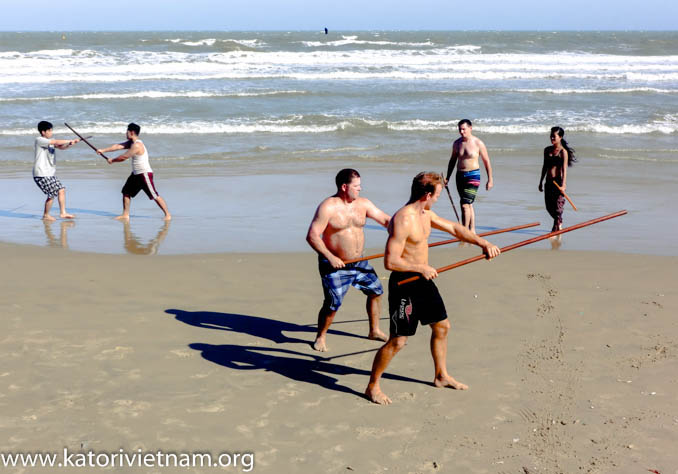