December 5th, The Vietnam-Japan Friendship Association and Tenshin Shoden Katori Shinto Ryu Shobukan dojo organized a day of cultural exchange through martial arts between Japan and Vietnam. The exchange was between Kenjutsu, Kendo, Karate, Iaido and Aikido. Martial arts should lead to peace and mutual understanding is one of the key elements that leads to peaceful relations. (The website of the Hochiminh Union of Friendship Organizations published an article of this event here.) 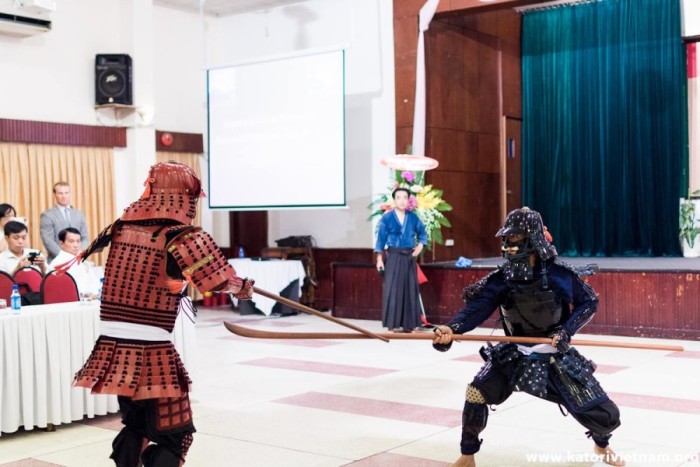 This event also marked the 3rd year of Shobukan dojo’s existence in Vietnam. The last three years the dojo has attempted to strengthen people’s understanding of Japanese culture through training sessions, demonstrations and seminars. It has many followers both young and old and counts over 50 active students officially registered in Japan. Twelve Vietnamese students have already visited Japan to train with Otake Risuke sensei. 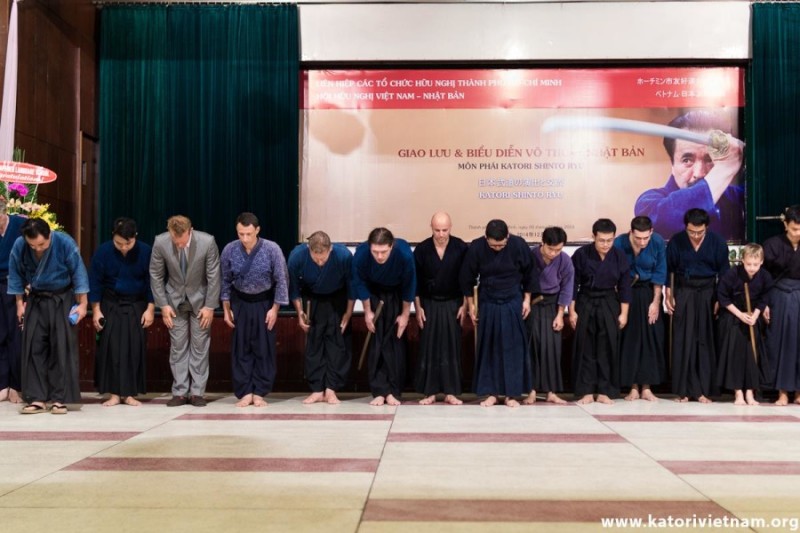 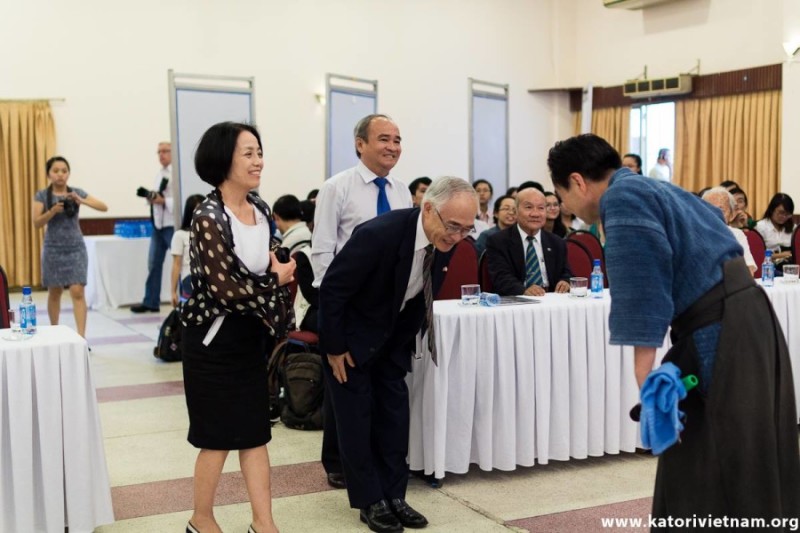 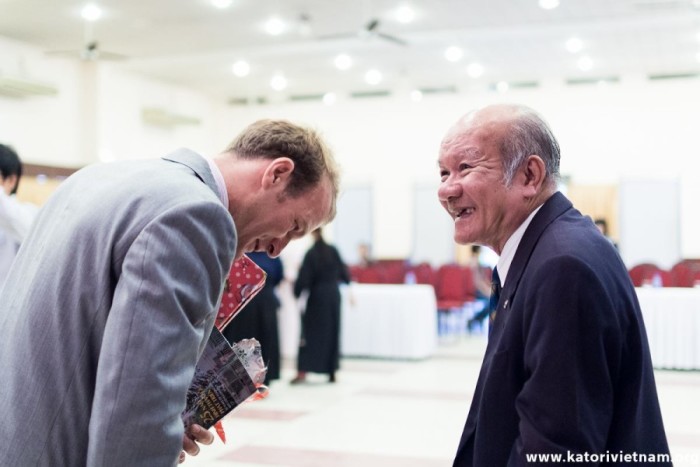 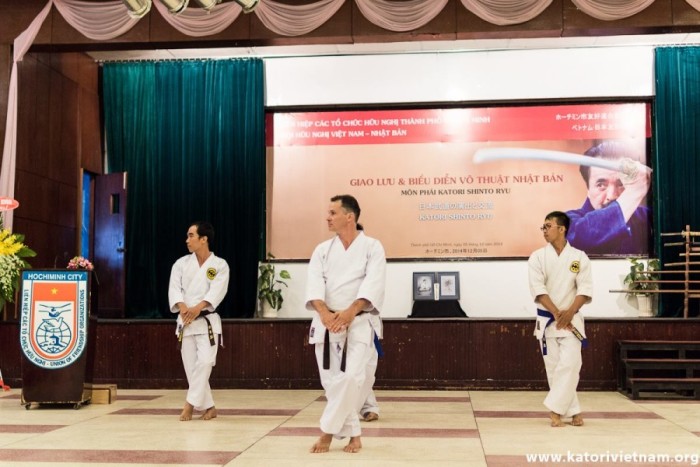 A performance of Karatedo from Micheal Kloesser sensei and Seibukan Vietnam 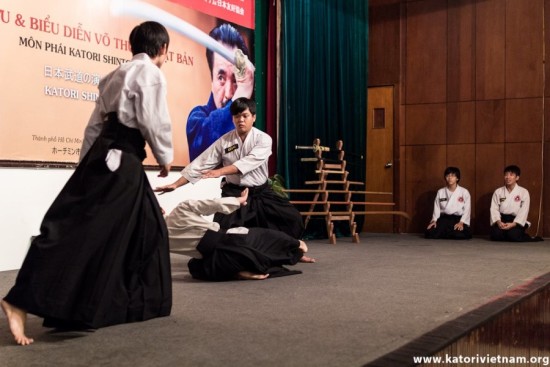 A performance of Aikido from Cong Quynh Aikido HCMC club 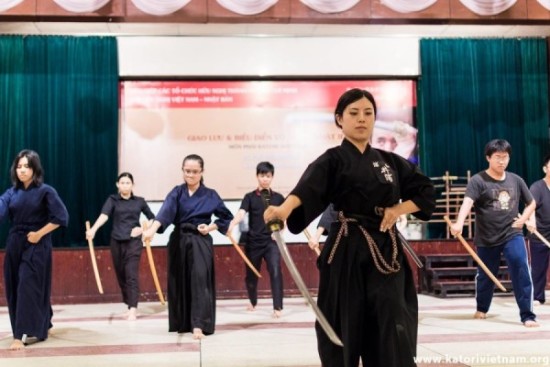 A performance of Iaido from Iaido Vietnam club 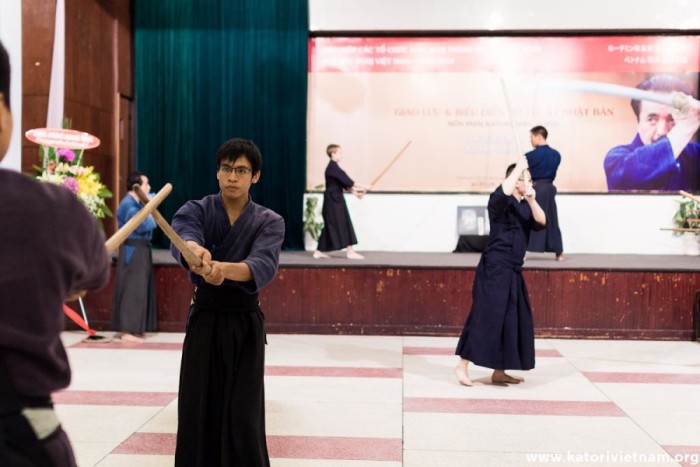 Otake Nobutoshi sensei, head master of Tenshin Shoden Katori Shinto Ryu, spoke about the history of the art. Afterwards, Sensei gave a performance of tameshigiri. Spectators were especially exited when the consul general of Japan, Mr. Nakajima Satoshi accepted to cut with a katana as well. 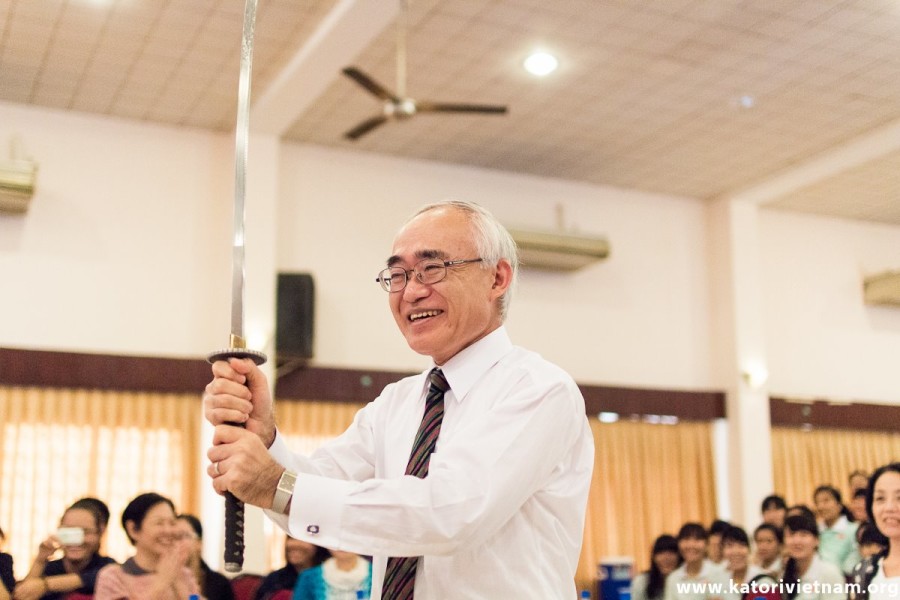 Malte Stokhof sensei, Shidosha of Shobukan Vietnam, together with Otake Nobutoshi sensei, closed the event by explaining meanings of “kata” and its applications when fighting Japanese armour. 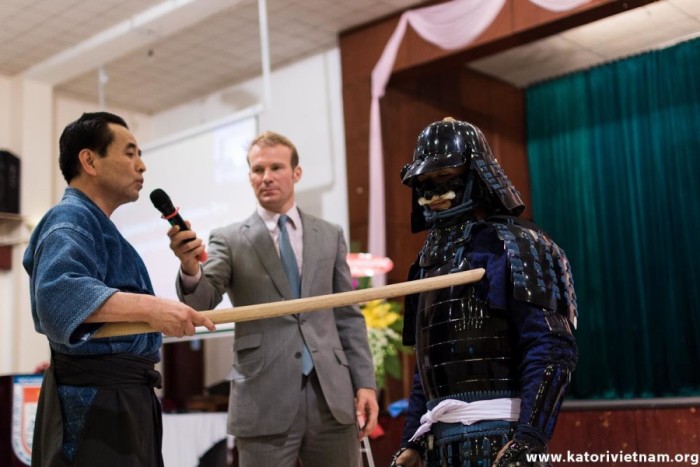 By training martial arts, Vietnamese citizens interact with Japanese culture, bringing both countries closer together, one kata at a time. Shobukan invited fellow practitioners in Japanese martial arts from Karate, Iaido, Aikido and Kendo dojos in Hochiminh City. All of us aim to preserve, through our training the cultural traditions of these arts and with those the cultural tradition of Japan.