During kenjutsu seminar III Otake Nobutoshi sensei of Tenshin Shoden Katori Shito Ryu visited Vietnam the second time. The seminar took place from December fourth to December ninth 2013. This time we welcomed guests from Russia, Singapore, Belgium, Holland, Canada, The US and France. During the week-long training sensei worked with new students first and later in the week he focused on high level monjin. During the seminar all monjin practiced iaijutsu (different from iaido), kenjutsu, bojutsu, naginata jutsu and secret techniques. We kept the number of guests small and this way all monjin had time to train with sensei one-on-one several times.

Although the heat in Vietnam reached 38 degrees Celcius, all monjin continued their efforts during the eight hour training days. Otake Nobutoshi sensei invited Sato san, one of our sempai of Shinbukan dojo. He was kind enough to assist during the seminar and help his kohai. At the end of kenjutsu seminar III we organized a party at the dojo where we grilled two sheep above an open fire. 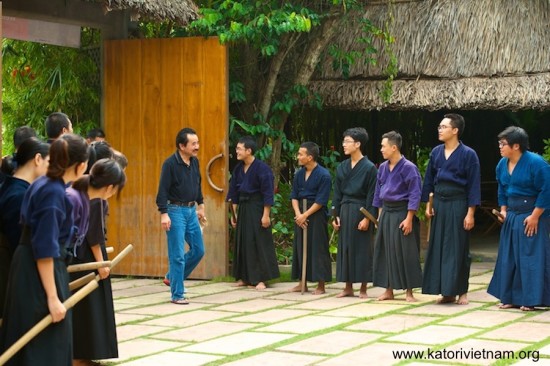 Nobutoshi sensei enters the dojo grounds while the students welcome him 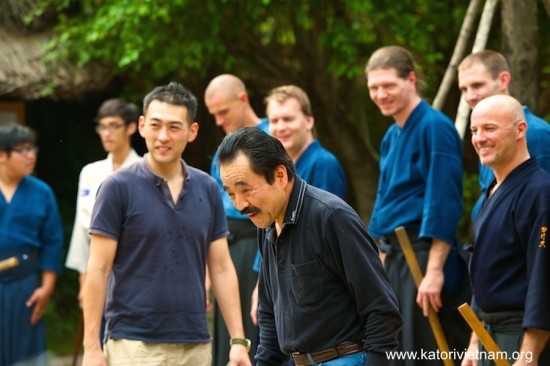 Sensei meets old and new students while Sato san, our sempai from Shinbukan dojo looks on 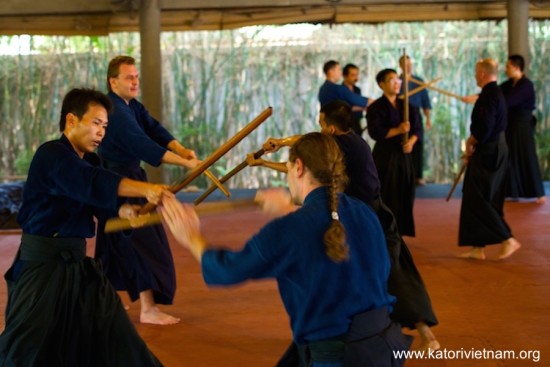 Many people from different nationalities met on the mat 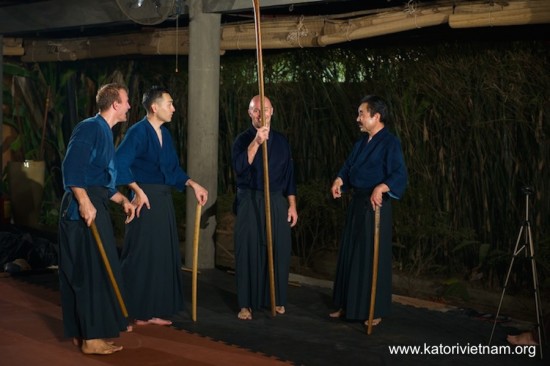 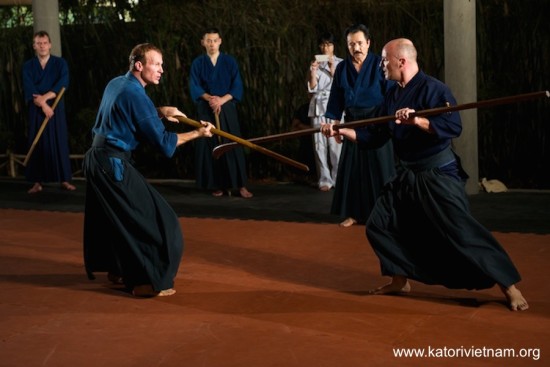 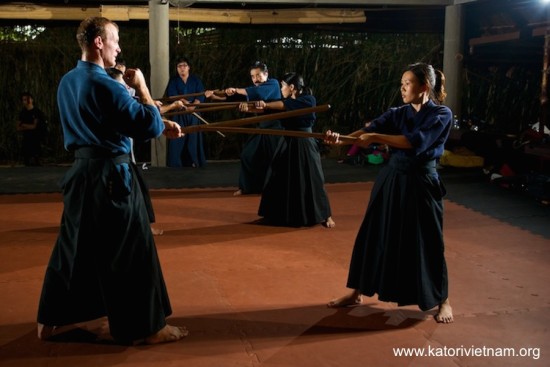 Training and teaching continued until late in the night 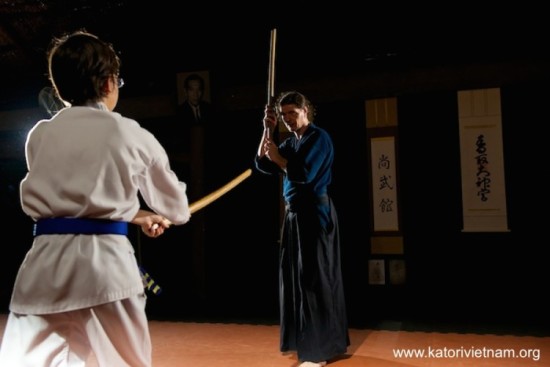 The young learn from the not so young. All ages and all levels train and learn together 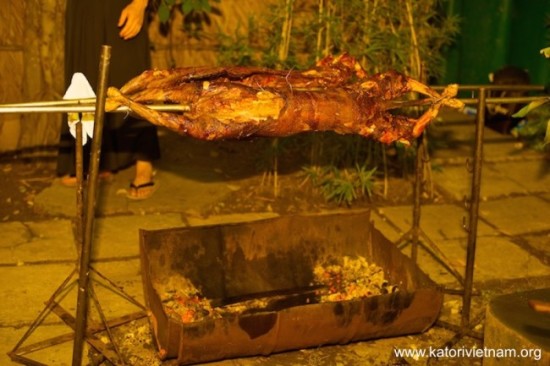 At the end of the seminar we prepare our traditional feast: grilled sheep Shobukan style 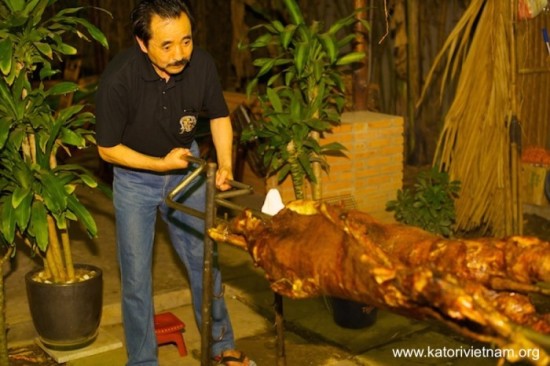 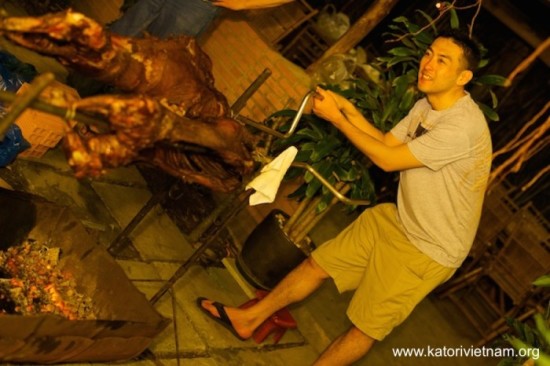