The first week of December 2014, Otake Nobutoshi sensei visited our dojo for the third time to teach at the fifth Tenshin Shoden Katori Shinto Ryu Kenjutsu Seminar in Vietnam.

Like last year, we trained for eight to ten hours a day for a week. Sensei corrected our mistakes and when he deemed us ready he taught us new kata. His main message was: “Basic techniques are the foundation of everything that comes next.” Sensei taught us how to train cuts using tameshigiri. 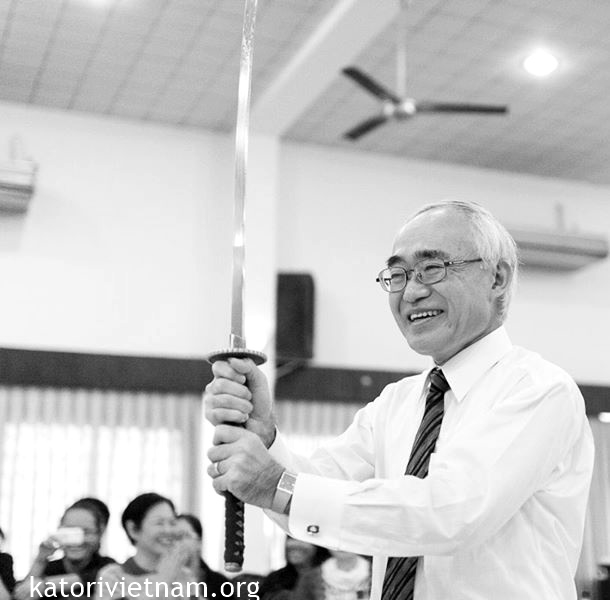 We are grateful to Iizasa Ienao the founder of the ryu, Iizasa Yasusada Soke, Otake Risuke sensei, and Nobutoshi sensei. Thank you also our fellow monjin from Latvia, Singapore, America, Russia, Belgium, Canada, France, Holland and Japan for a very successful seminar. We also wish to thank Johnny Tri Nguyen for supporting us with our kenjutsu seminar.

We hope to meet all of our friends from abroad again next year! 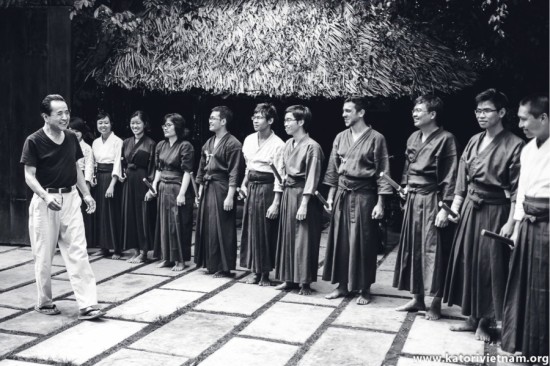 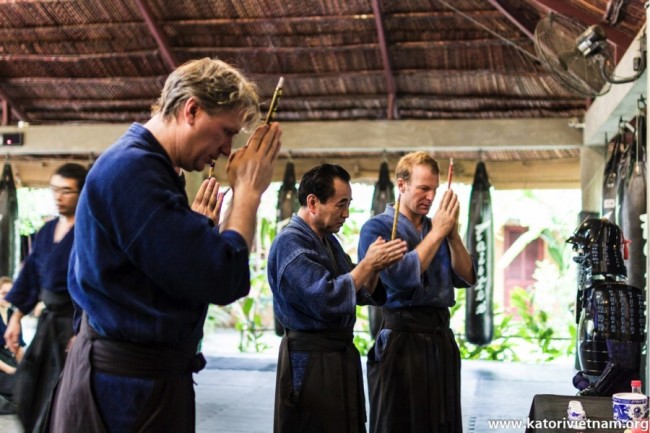 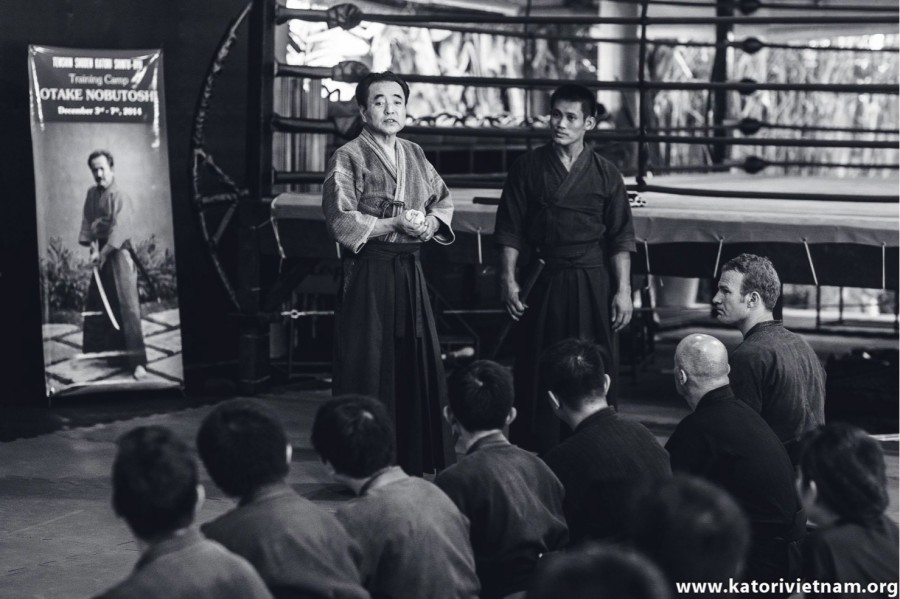 In 2014 Alex Guillermo assisted us with the translation 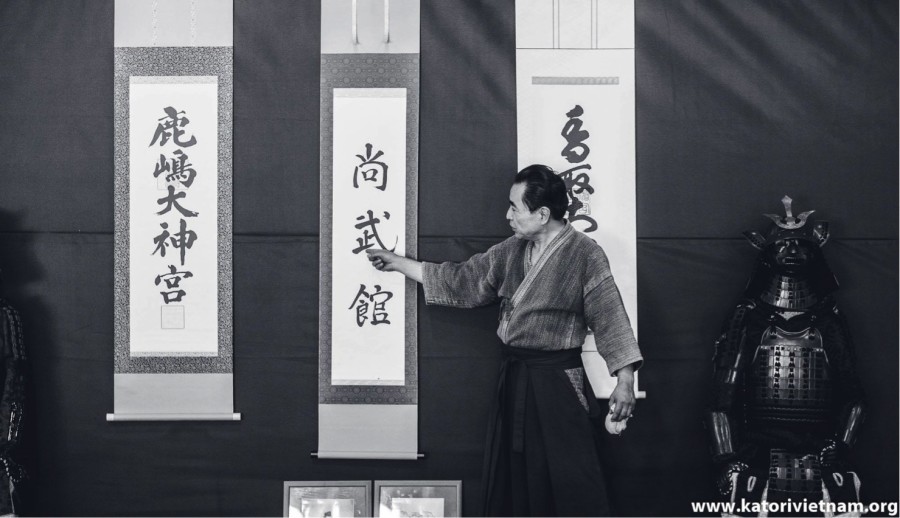 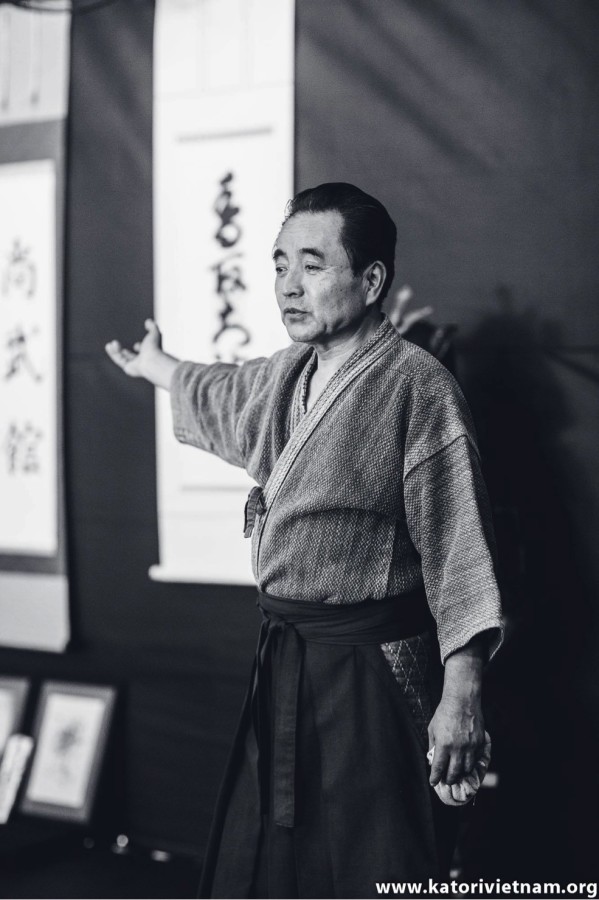 “In training martial arts, there are no shortcuts” 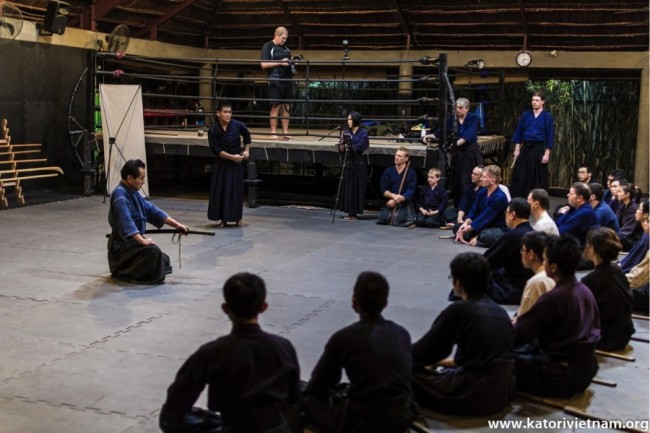 Sensei stressed the importance of strong basics in martial arts 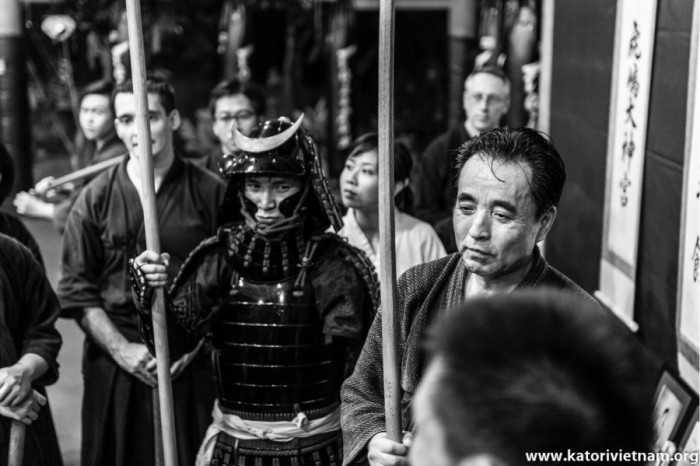 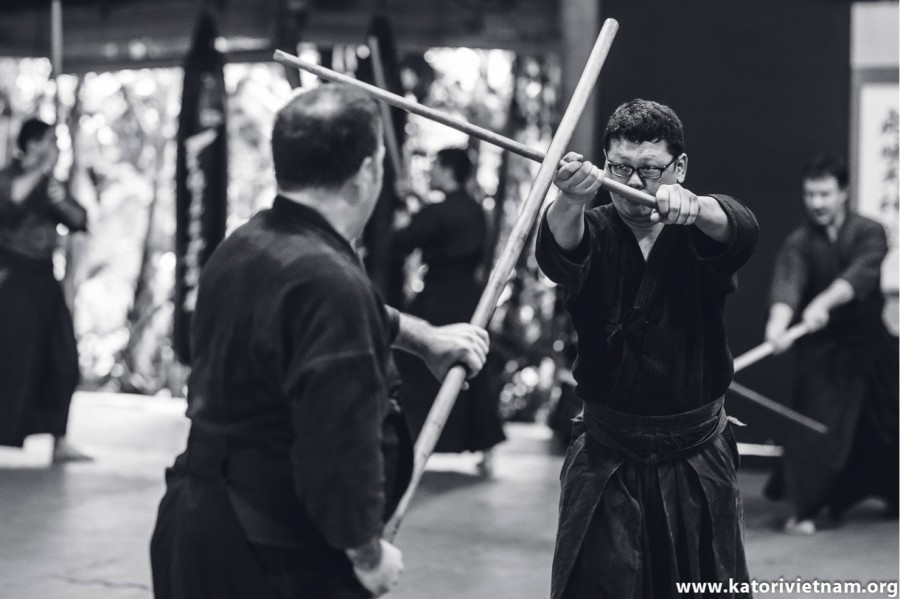 More than twenty monjin visited the seminar from abroad 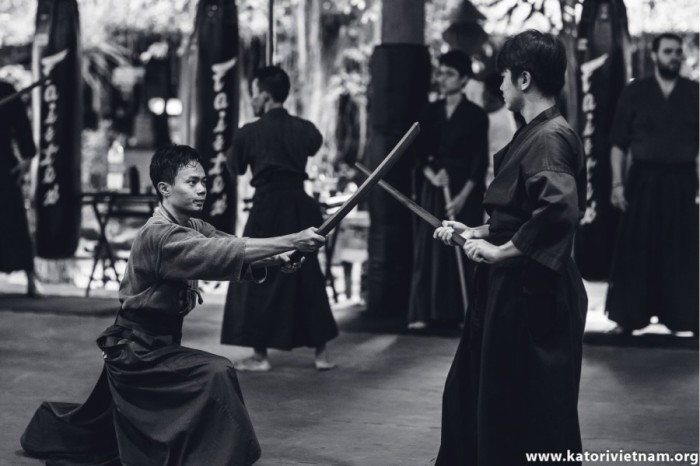 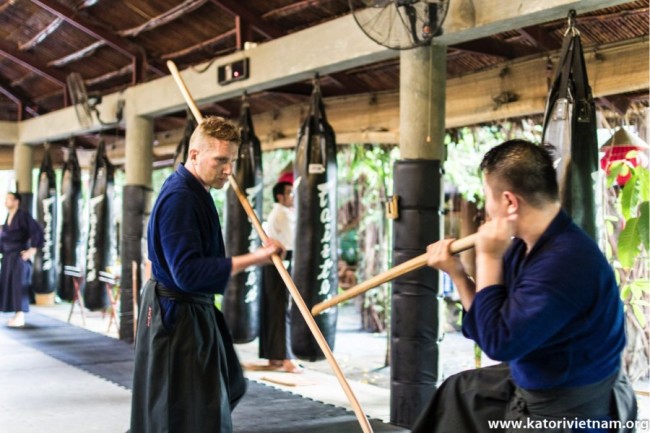 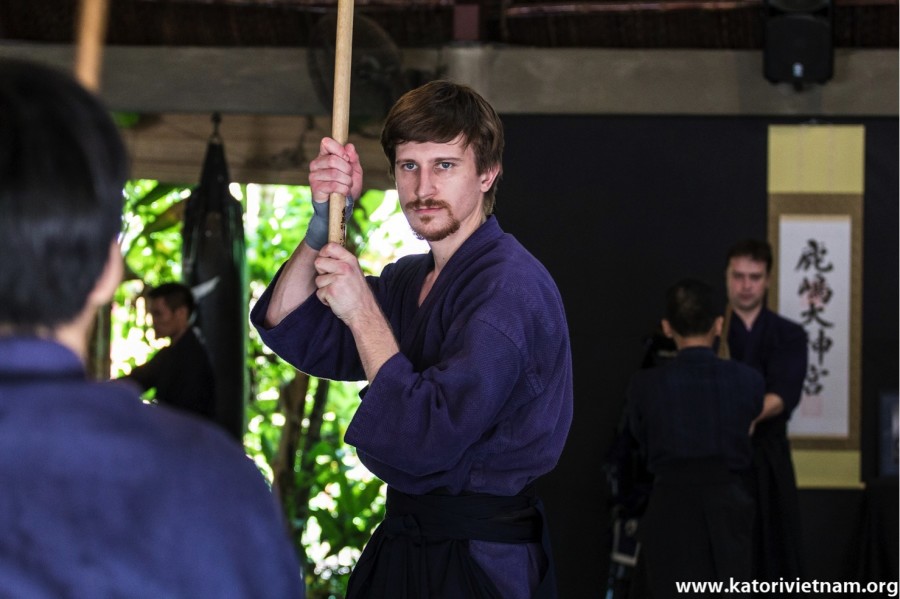 Yury Sergeev – a friend from Russia 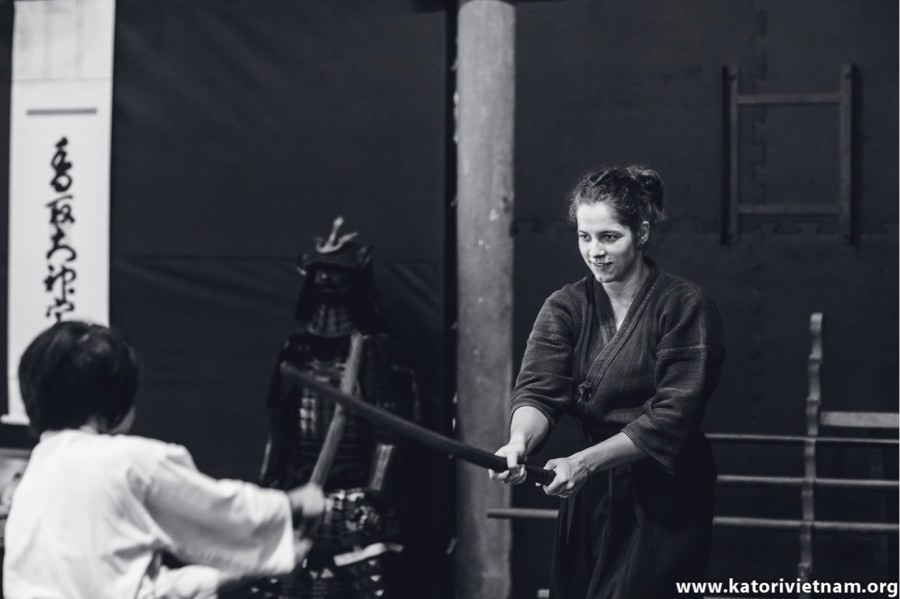 Ms. Alina from Russia and Ms. Vy from Shobukan, Vietnam 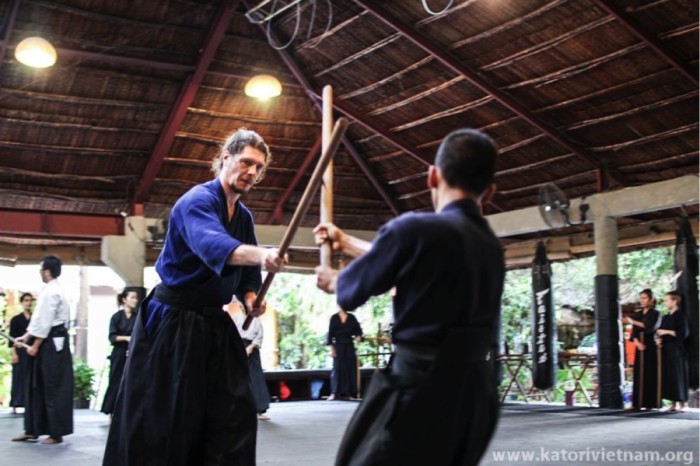 Mr.Gavrilenko, our kind and enormous warrior visited us again this year 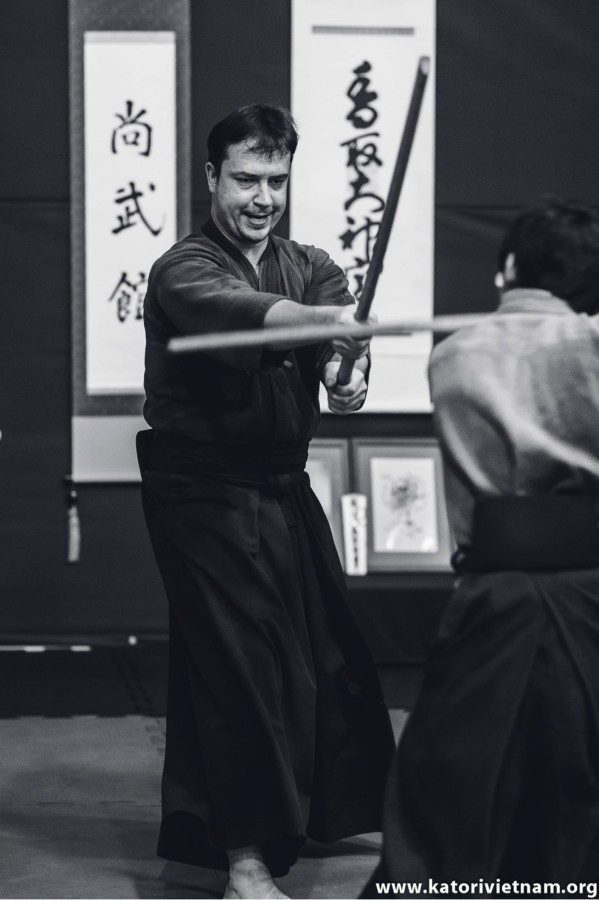 People at the seminar trained with all their might 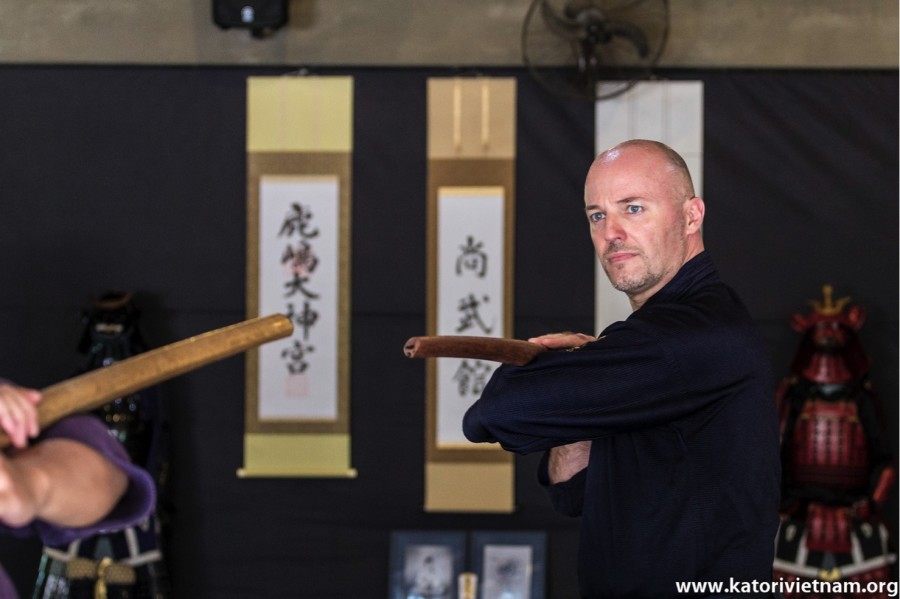 Mr. De Leebeeck, our friend from Belgium joined us again 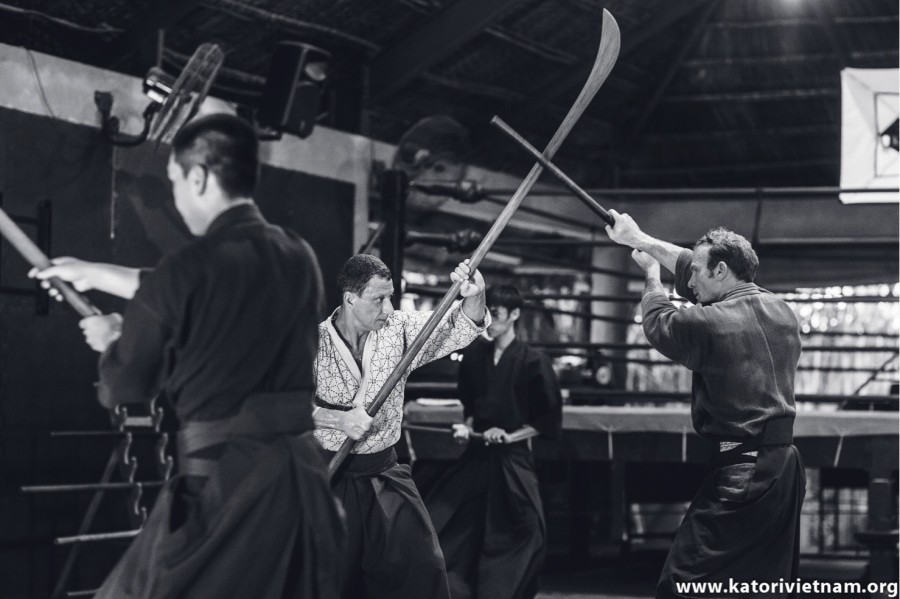 Mr. Ugriumov who came all the way from Latvia practicing naginata with Malte Stokhof from Shobukan dojo 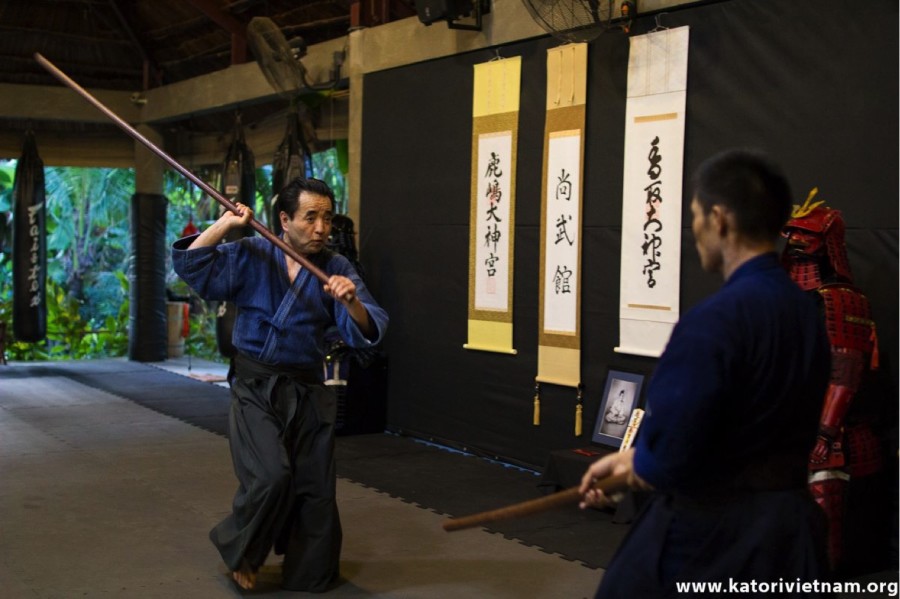 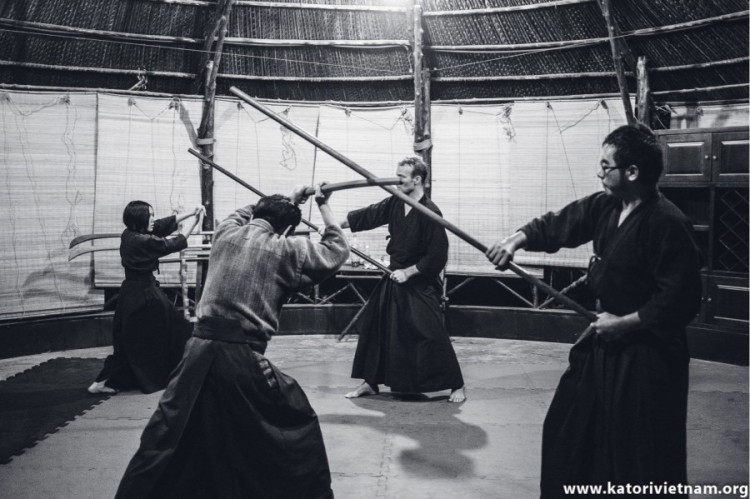 During our seminars, everyone has time to learn directly from sensei 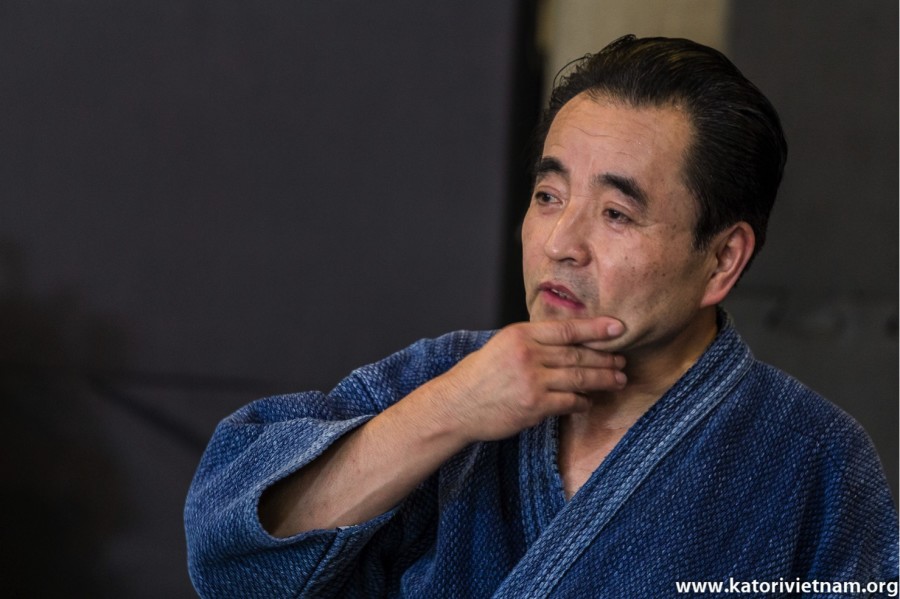 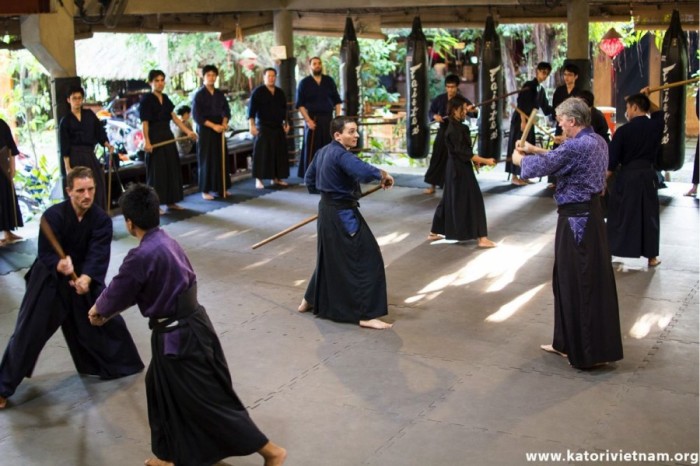 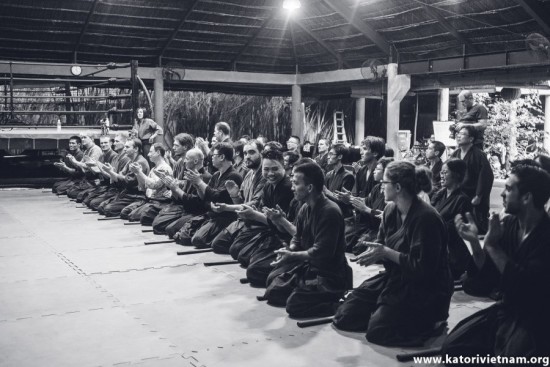 Like earlier seminars this seminar passed too quickly but we learned much, made new friends and exhausted ourselves 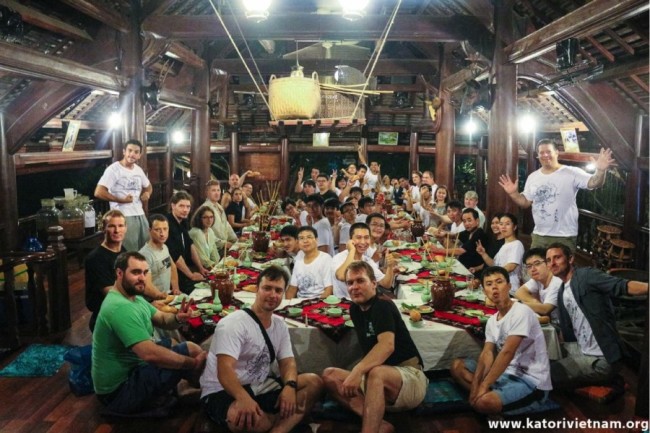 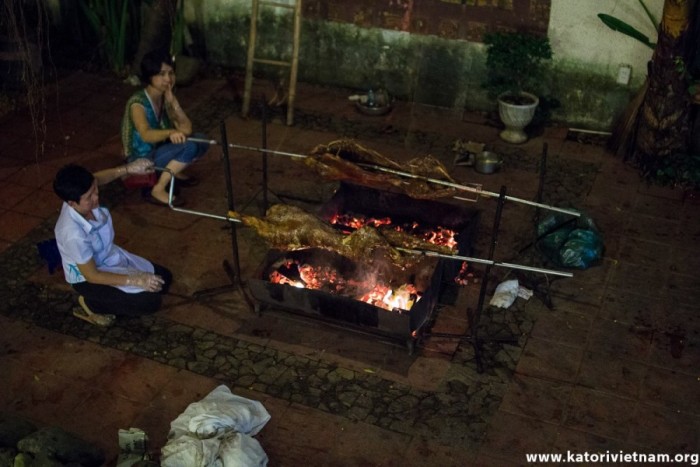 Two sheep were roasted especially for the seminar 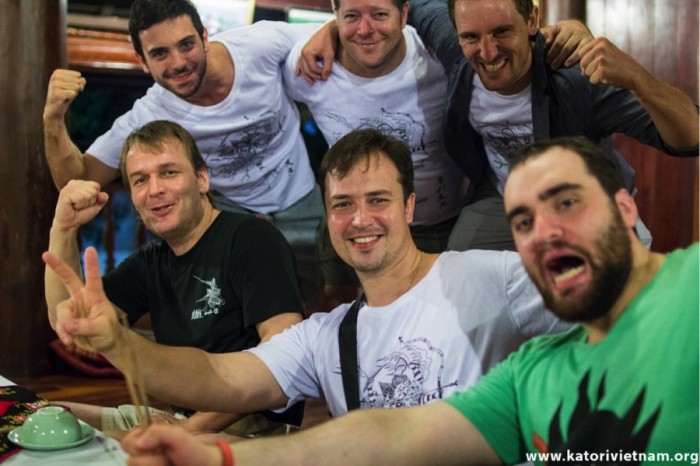 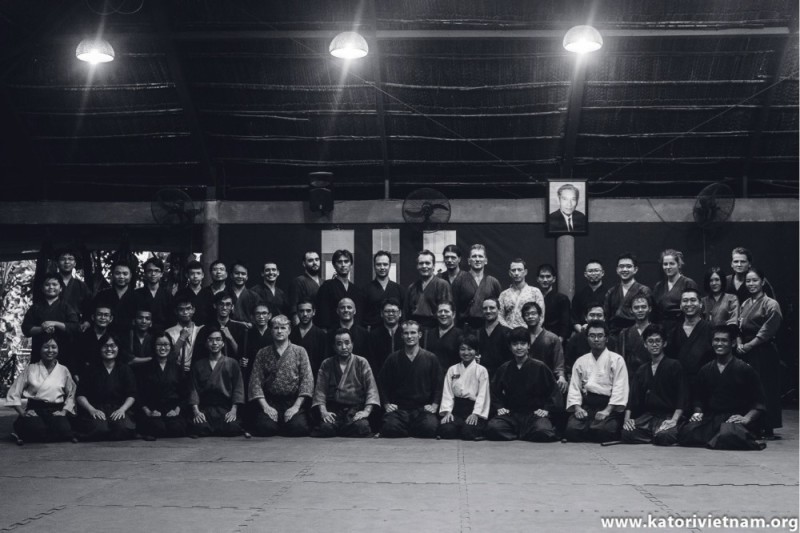 Dear sensei and fellow monjin from abroad, thank you for sharing your time with us. See you all at the next seminar!