Way of the Samurai in Vietnam Oi Magazine: Shobukan dojo in the Media

Way of the Samurai in Oi Magazine: the article describes Shobukan dojo’s training as the Way of the Samurai in its June publication. According to Oi, “Ho Chi Minh City is a dynamic city, energetic and colorful. Oi goes further than anyone else to reflect the distinct voice, character and spirit of those who proudly call Vietnam home.” We hope that the article will provide you some insight into how outsiders experience our training for the first time. Enjoy. 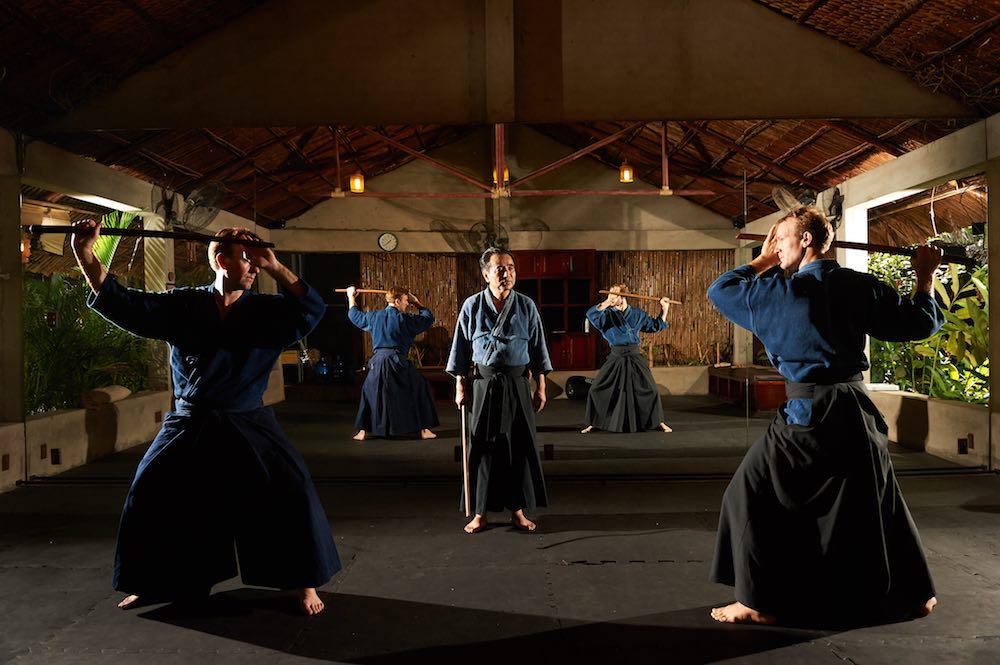 Way of the Samurai

Discover one of the fountainheads of Japanese martial tradition

Way of the Samurai, its a humid evening at Hoa Lu Sports Centre in District 1. In a second story studio, students gather for tonight’s class in Katori Shinto-ryu – an ancient Japanese martial art. Dutch-born anthropologist and Katori Shinto- ryu teacher Malte Stokhof has just delivered three lethal cuts to one of his students. Well, lethal if he’d been using a real sword. It all appears easy when you are watching someone as skilled as this. Observing Malte and his students duel is amazing, the stances and free-flowing movements are beautiful yet potentially dangerous – all done in rapid succession within a blink of an eye. 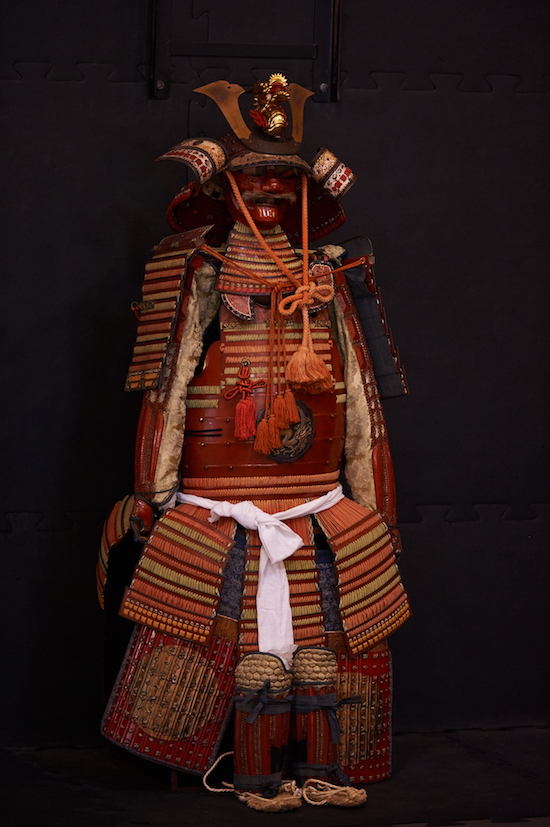 “When somebody does these highly- skilled techniques with you, especially sensei (Malte’s teacher), you are cut and sliced everywhere. You feel like you are a piece of barbecued pork! And it’s not them, they are actually being polite, no it’s the art that makes you feel like that.” Malte strides around the classroom closely observing his students, giving praise when stances are performed correctly and carefully sculpting those into the correct positions when their bodies or wooden blades are askew. The class attendance is surprisingly diverse. “We’ve been able to attract such an eclectic group of people. We’ve got professionals, people that are 60 years old, young expats, kids, more girls than a lot of other martial arts.” Malte points to a student. “He’s a concert pianist. The guys that we get now are extremely dedicated. To persevere is also a talent.” 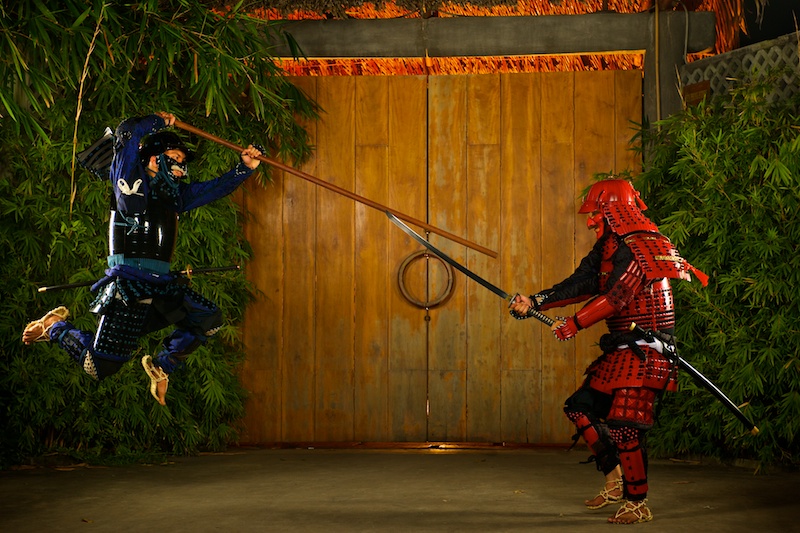 Malte’s journey from first discovering Katori Shinto ryu as a youngster to becoming a teacher in Vietnam is a fascinating story. Traditionally, Katori Shinto ryu had strict rules on foreigners being able to learn, let alone teach the art, especially abroad. The fact that Malte’s sensei in Japan gave him the opportunity to become a teacher speaks volumes. Even Malte himself was surprised. “I never wanted to teach. My luck was that I landed a job in Southeast Asia. I was training by myself and I found I was not improving, and this was after four or five years. I went to Japan every year and sensei said, ‘You’re not getting any worse, but you’re not getting any better. What’s going on with you?’ I explained that I had no one to teach or train with. Then suddenly he gave me a leadership license.” With the unexpected blessing of his sensei, Malte returned to Ho Chi Minh City to open up his first dojo (training space), Katori Shinto-ryu Vietnam (www.katorivietnam.org) in 2012.

Established in the 14th century by Iizasa Choisai Ienao, Katori Shinto ryu is different from younger martial arts like Kendo or Karate because instead of focusing on a single fighting-style, weapon or philosophy, Katori Shinto ryu involves multiple weapons and unarmed combat. Students become versed in swordplay, the staff, the single- bladed glaive, the spear, spike throwing and jujutsu. Further advanced practitioners also learn subjects like battle tactics, intelligence gathering, astrology and even mysticism and sorcery. “It’s a very wide system of knowledge,” says Malte. Having this knowledge base is important, especially given the potential lethalness of the art. 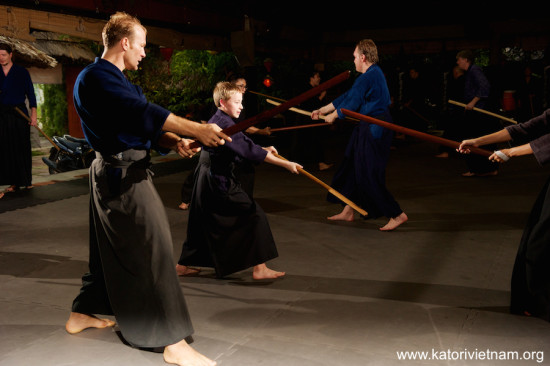 Along with the challenging physicality of the teachings, Katori Shinto ryu also teaches respect and intelligence. “It also works on good body mechanics. If you look at my guys, most of them aren’t overly built, but you become extremely strong in the core. I have people coming in from office jobs.” He hunches over feebly to demonstrate. “After a few months they are walking around like a proud samurai. It also teaches us concentration, patience, stamina and perseverance.” “It’s officially an intangible cultural asset of Japan, so it’s quite a responsibility,” he adds. “That’s why I’m really conservative in the way I teach. It is weird, but I think it’s the ultimate cultural exchange. I’m really grateful to my sensei. There were five or six thousand of these schools around in the 1400s and so many have passed or withered away. The fact that I am able to learn and to teach in this country now is unbelievable. We even worked with the Department of Sports and Tourism in Vietnam. That is wonderful because without that support I would never have been able to open up this dojo.” 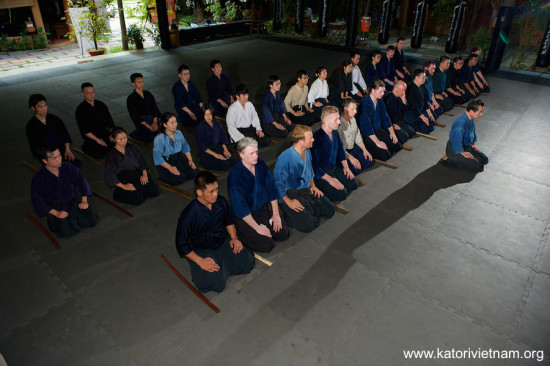 I ask Malte if his students still take keppan, the blood oath proving one’s dedication. He answers deadpan: “They have to. All of them. Except those that don’t want to because of their religion or those who are not yet serious about the art. As soon as they go to Japan though, they have to do the blood oath. That’s it.”