“The art of war is the art of peace; no man should remain ignorant of this matter.“

Both Otake Risuke and Otake Nobutoshi teach the need to show gratitude to our parents. In earlier publications and in his last publication Otake Risuke has presented his thoughts on filial duties of offspring. He writes about the debt children have towards their parents. He explains the sacrifices parents make for their children. In Japan people tend to say: “By the time you decide to be a good son, your parents are already gone.” Not matter how much one repays them, it can never be sufficient. The most important of one’s filial duties is to make certain that one does not burden your parents with concerns, and that does nothing to upset them. During birthdays we celebrate the day we came into this world. During those days we should remember that it was the day that one’s mother underwent excruciating labour on one’s behalf. “One must place first priority on fulfilling one’s duty as a person when learning the sword. Otherwise, one will be unable to comprehend that “the art of war is the art of peace”.

Upon taking the keppan blood oath, a disciple is expected to constantly uphold his oath to the deities. He or she has to act in accordance with the rules of the tradition, and undergo a lifetime of training until he can dispatch an enemy with a single blow. Above all, a warrior must be strong, supple, and tenacious, while also developing an indomitable spirit.

While it is true that traditional martial arts such as kenjutsu are means to defend both one’s self and one’s homeland, extensive training in these arts naturally produces a balanced state of mind, and it is only after relentless years of training that one understands the true value of the art of peace. 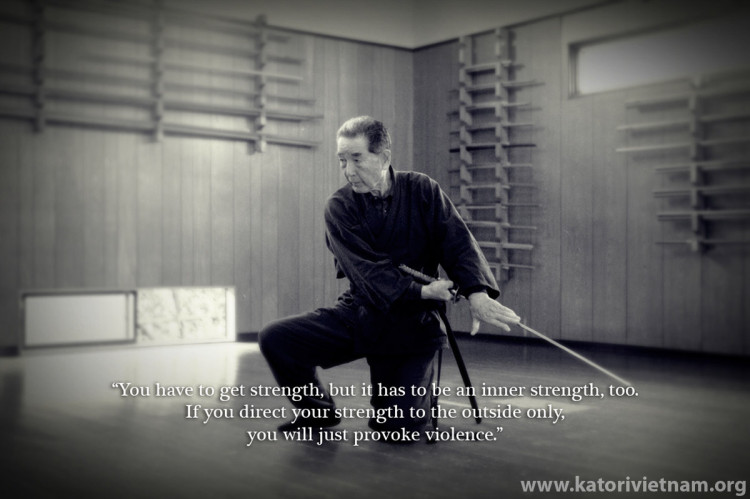 Members of the Katori Shinto ryu have been strictly forbidden to engage in duels since the time of the founder. Such matches only lead to death for one or both of the combatants. These matches are referred to in Japanese as shiai (“to test” combined with “to meet”), but a slight modification of the characters produces the phrase “shi ni ai”, to meet with death.

Since Choisai’s dojo was located at the foot of Katori Jingu, long revered as a shrine dedicated to a god of war. The founder had groomed practitioners who went on to become renowned in their own right, martial artists would frequently appear wanting to cross swords in matches. To deal with these inevitable requests, the founder Ienao left us with the teaching known as kumazasa no taiza (a kind of thin bamboo see the picture at the top). When faced with a challenger from another tradition, it is said that Ienao would sit atop a patch of kumazasa without it bending and offer him a seat beside him.

Unable to duplicate this amazing feat, the challenger would lose heart and withdraw. Thus it is said: “One who prevails against his opponent is superior to one who strikes down his opponent.” Through this example, Ienao taught us that true victory does not lie in striking down our enemies, but in achieving our goals through peaceable means. Since times of old, there have been countless examples of those whose preference for settling conflicts with brute force not only cost them their lives in quarrels, but resulted in the ruin of their martial traditions as well.

Over the six long centuries of its history, it is truly astonishing that Katori Shinto ryu has never once been the subject of traditional storytelling or popular fiction. Perhaps the fact that our tradition has never been entangled in bloodshed and intrigue makes it unsuitable as a topic or such adventurous tales. When considering the mindset prescribed by the Katori Shinto ryu toward the arduous pursuit of one’s own humanity, one saying in our tradition stands out: “The control of one’s self is a far greater feat than the defeat of a thousand enemies.” 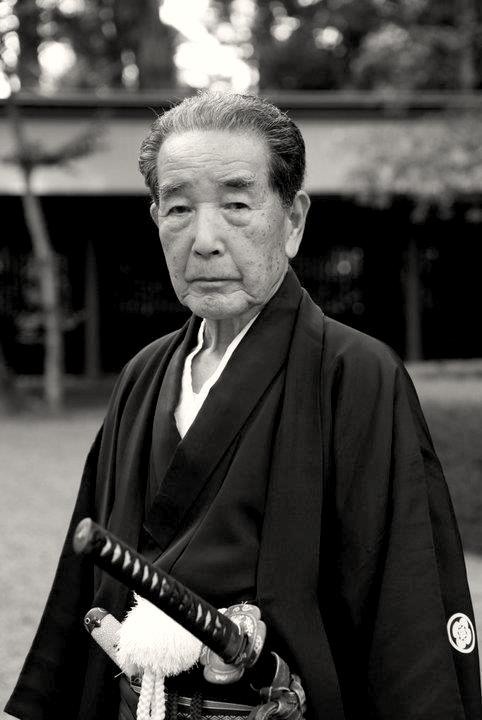 Sport is merely competition with set rules in which participants pit themselves against one another for points that determine victory or defeat. Since Katori Shinto ryu lacks the Japanese kyu/dan ranking system used in modern Japanese martial arts, there are no competitions for award or promotion. Rather, the students and teachers are simply expected to learn from one another (much like the interdependent relationship of ying and yang) and dedicate themselves wholeheartedly to their training. Meanwhile, their skill in movement and mental maturity are assessed, and they are awarded with a mokuroku if they have achieved a designated stage of development, followed by a menkyo after many more years training. Finally there is also the gokui kaiden scroll, which is the highest level within the tradition. An age restriction is imposed on this last, however, in that no one under the age of forty-two is awarded this scroll, regardless of their development.

Providing personalized instruction of kenjutsu to hundreds or thousands of students is an impossible task. That is why a teacher should never strive to amass a large body of students. This is a defining difference between classical Japanese martial arts and modern sports. Throughout its history, Katori Shinto ryu was never monopolized by the warrior class alone. Consequently, the tradition was open to the farming and merchant classes as well. In fact, the fundamental stance of the tradition toward students has always been: “Turn no one away, nor rope them back in.” To pass down any tradition in pristine form to future generations, one only needs a small number of superior students, not a large number of mediocre ones. 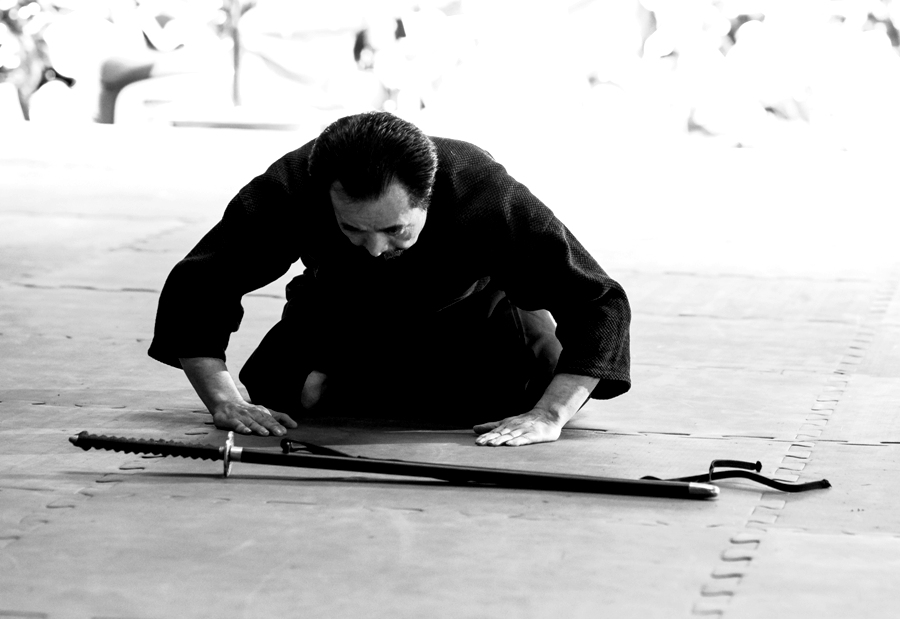 If one were to remove the core element of bushido – the martial virtue of humility – from kobudo, all that would remain would be mere violence

If one were to remove the core element of bushido – the martial virtue of humility – from kobudo, all that would remain would be mere violence. Martial arts imbued with moral or humane sentiments are the only true budo. In Katori Shinto ryu kenjutsu, we are taught: “Victory through combat is no real victory. True victory is gained by achieving one’s aim without reliance on weapons or recourse to violence. This path leads to real peace. Indeed, this path embodies the way of peace.”

These are timeless truths.”

The Middle Length Discourses of the Buddha – Majjhima Nikaya