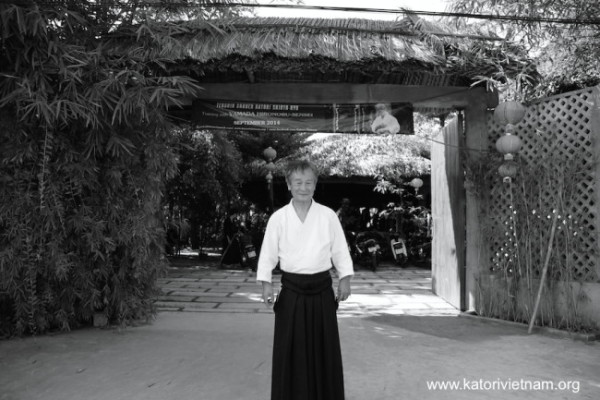 Yamada Hironobu sensei is one of the most senior practitioners in Shinbukan Dojo. He holds the level  of Menkyo Kyoshi. Yamada sensei features in the BBC documentary ‘The Way of the Warrior‘. You will recognize him easily as he is the only one wearing a white dogi in the documentary. During kenjutsu seminar II, he visited us from the 13th to 17th of June. Accompanying him were Yoshiko san and Keiko san, two of sensei’s high level students. During his visit he headed several open workshops. During these he further introduced the art to Vietnamese martial artists. Sensei spoke to participants from different martial arts dojos in Hochiminh City about the martial tradition, its values and history.

After the open sessions ended Yamada Hironobu sensei focused on Shobukan monjin. He checked all students carefully. He also gave detailed explanations on how to further improve their training. At the end of the seminar Shobukan dojo and our Japanese guests enjoyed a farewell party. Thank you Yamada Hironobu sensei. 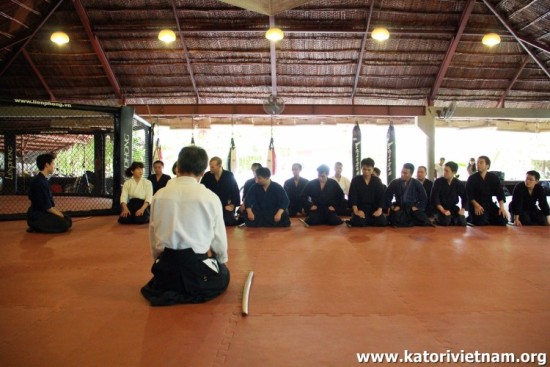 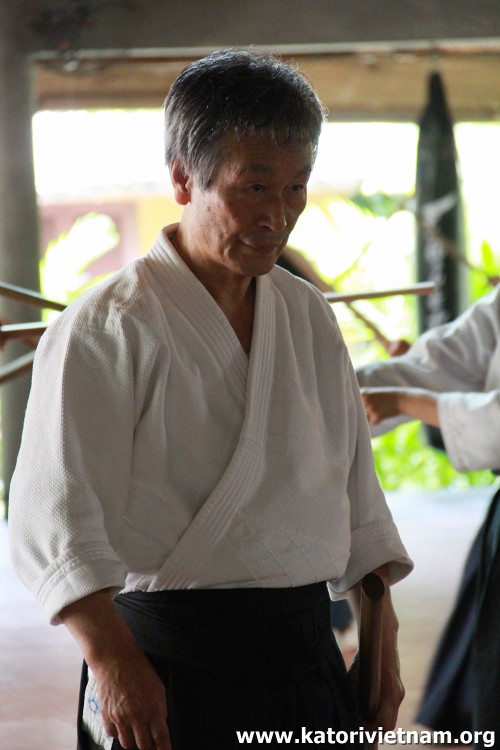 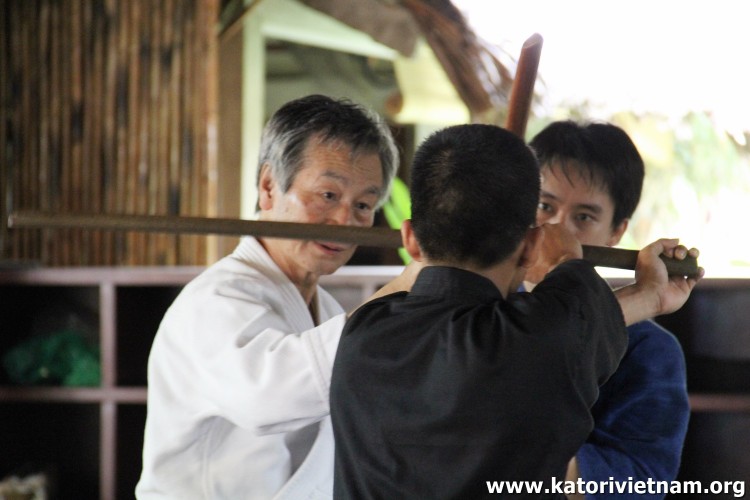 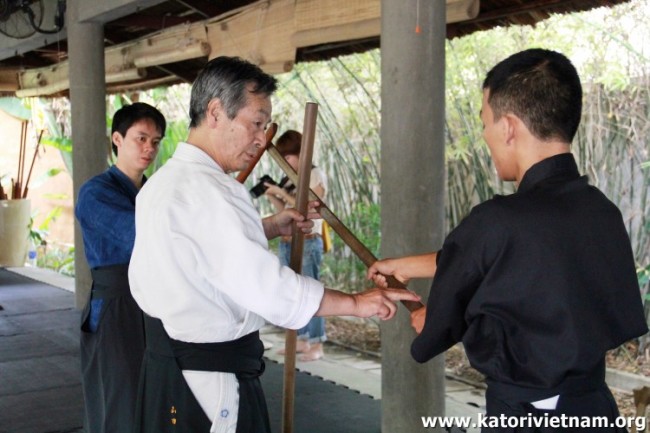 Yamada sensei and two of our earliest students 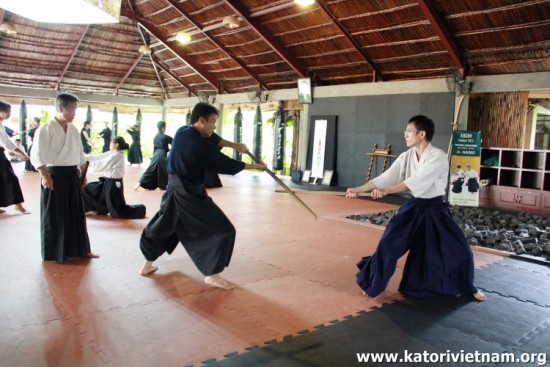 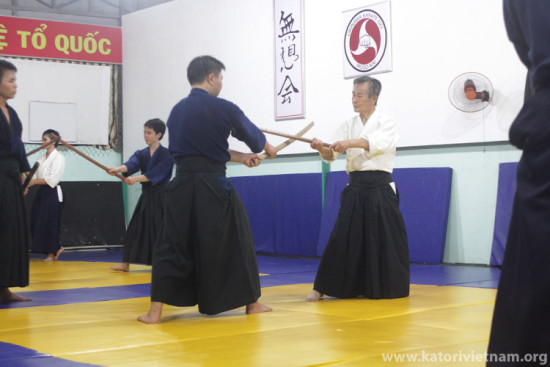 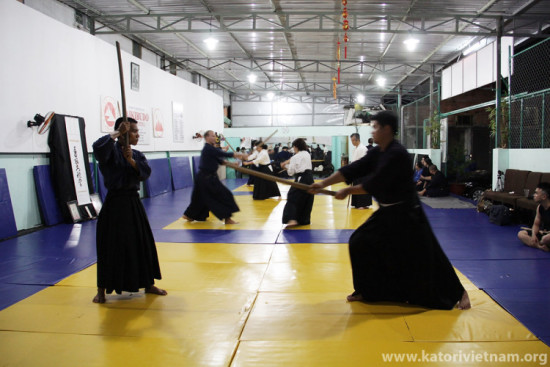 Although it was late at night sensei still gave us the option:”do you want to stop or shall we train one extra hour?” 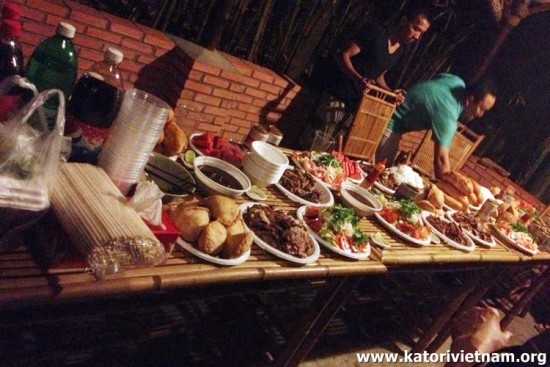 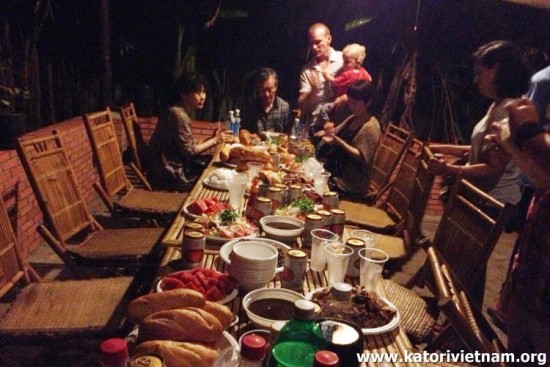 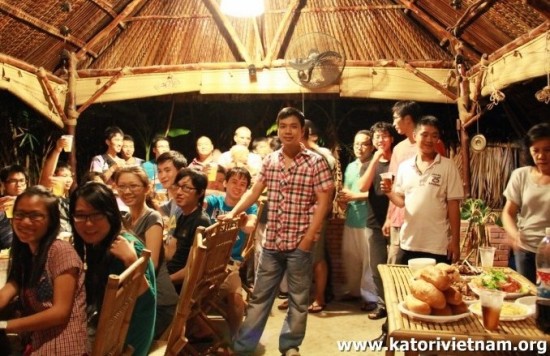 No seminar is complete without a farewell dinner at the dojo