Ho Chi Minh City Vietnam – Japan Friendship Association (HVJFA) invited Shobukan Kenjutsu school Vietnam to become an official branch of their association. This is a great honor for Katori Shinto ryu Shobukan in Vietnam. This further motivated us to continue to introduce and develop this Japanese Intangible Cultural Heritage. One of the results is that Shobukan Kenjutsu school joins the Association’s ongoing cultural activities. During these activities Shobukan Kenjutsu school aims to strengthen mutual understanding and friendship between Vietnamese and Japanese people.Until now no other dojo in Vietnam has been granted such a privilege. (The website of the Hochiminh Union of Friendship Organizations published an article of this event here.)

In 2013 it had been 40 years since Vietnam and Japan established diplomatic relations.  This year was filled with activities in all major cities in Vietnam. Shobukan Kenjutsu school joined several cultural fairs. These took place in Ba Ria City and in Hochiminh City. These fairs last several days. During such events we give introductions about Tenshin Shoden Katori Shinto ryu and its martial values. Sometimes we demonstrate for visiting dignitaries.

Every year the HVJA supports Shobukan dojo during the organization of the Japanese Martial Arts event with Otake Nobutoshi sensei. Without their assistance Tenshin Shoden Katori Shinto ryu would not reached the same number of people in Vietnam it has now. 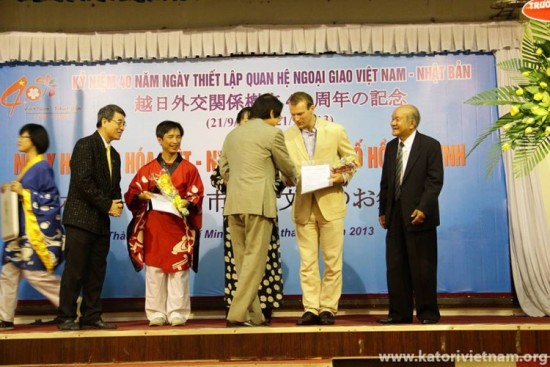 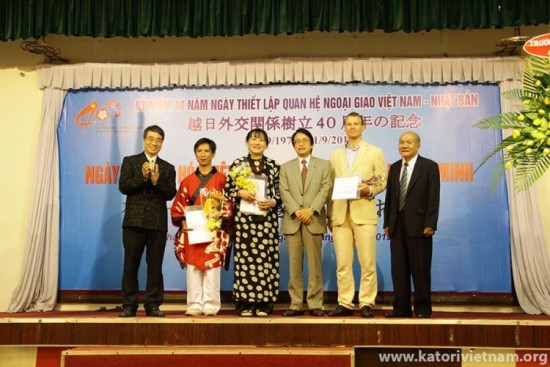 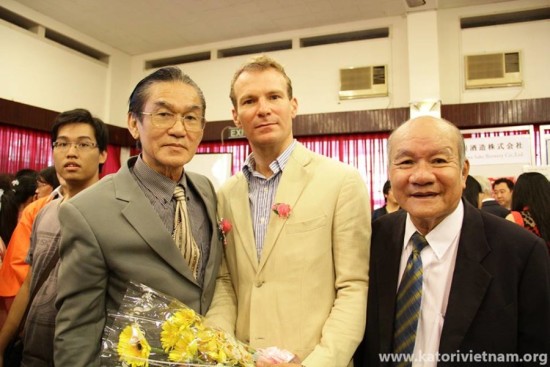 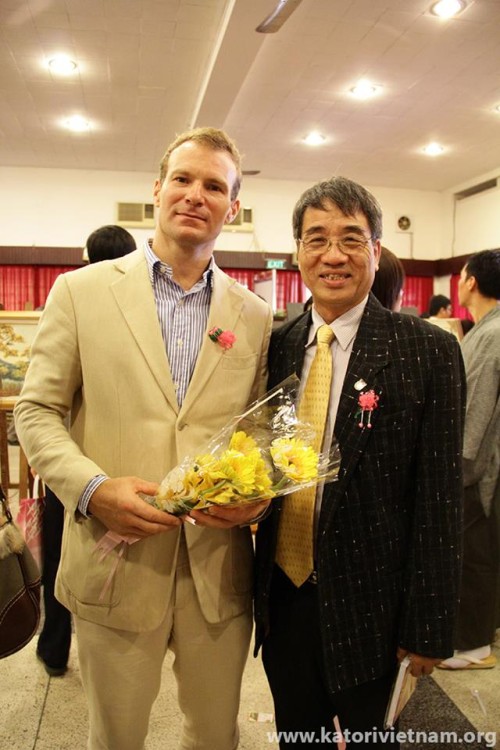